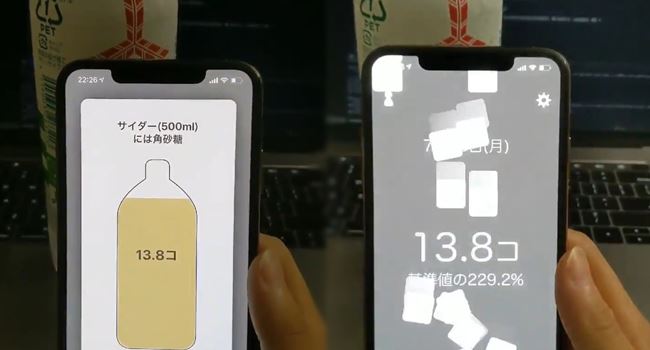 A man in Japan has invented an app that allows users to check how much sugar content is in their drink.

According to SoraNews24, Daiki Shimizu developed an app that determines the sugar content by scanning the barcode of a can or bottled drink.

On 15 July, Daiki took to Twitter to share a video showing how the app actually works and what it’s used for.

In the video, he scanned the barcode of a Japanese bottled drink and the app instantly showed the level of sugar contained in the drink.

The app also allows users to check how many sugar cubes are in the drink after pressing Confirm.

As seen in the video, the drink had 13.8 cubes of sugar in total which was 229.2% extra than the recommended amount of sugar an average person requires.

He announced that he has uploaded it on the App Store and is currently waiting for approval.

He added that once it was approved, he would announce the news on Twitter.