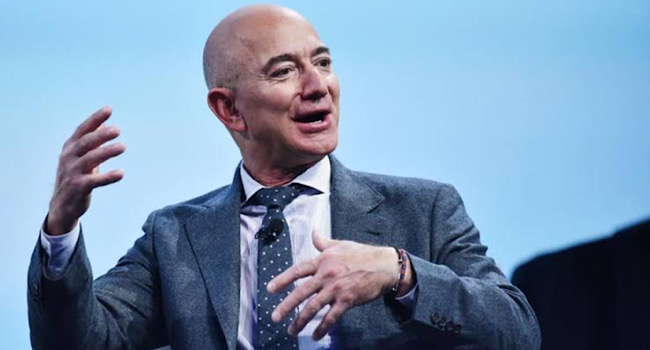 American billionaire and founder of Amazon, Jeff Bezos has displaced his rival Elon Musk to reclaim the title of world’s richest man.

The Amazon chief moved up the rank on Tuesday following a slip in Tesla shares, which dropped by 2.4%, going on to erase $4.6 billion from Elon Musk’s fortune.

By implication, Jeff Bezos, today, has $955 million more than Mr Musk, sustaining him as the richest man in the world.

According to reoorts, the American founder has a net worth of $191.2 billion after Amazon shares climbed 53% in the past 12 months.

Kenyan startup LipaLater has made public its plans to expand its footprints into Nigeria and Uganda.

The development comes after securing a new investment to scale its venture, a tech-driven consumer credit platform.

Towards the end of last year, the startup launched its offering in Rwanda, leveraging data to provide credit solutions to users.

He said: “In simpler words, we seek to promote affordable living across Africa by offering convenient and flexible payment options to our consumers.”

Local tech startup, Aurora Sustainability, has launched to foster sustainability among individuals and organisatons around the globe.

The startup will be doing this with its innovative platform that calculates an individual’s carbon footprint via its sustainability quiz.

The green-thinking tech startup has helped the average individual lower its carbon footprint by 28kg of Carbon Dioxide in merely one week.

Today, the 2 year old startup has gained 35 000 users across the US, UK, Norway, and South Africa as it works towards establishing its authority in the sustainability space.

Danielle Laity, founder of Aurora Sustainability explains that the tech startup aims to tackle the problem of lack of education amongst individuals on how to decrease their impact on the environment.

Nigeria’s techpreneur, Agboola, listed among TIME’s 100 most influential people. 2 other things and a trivia