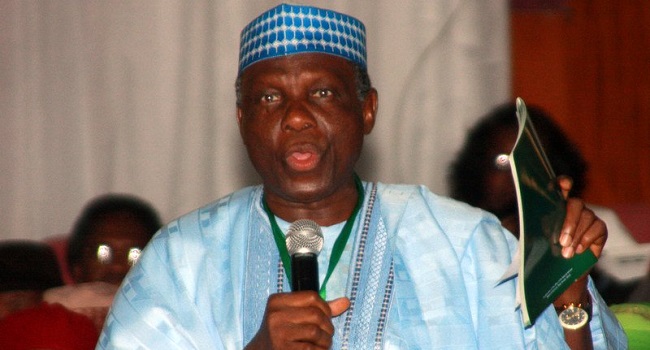 Professor Jerry Gana has described as “erroneous, and contradictory” the Thursday’s Court of Appeal judgment that upheld Donald Duke as the Presidential candidate of the Social Democratic Party (SDP).

This came as the national chairman of the party, Chief Olu Falae, called on all aggrieved members of the party to bury their differences and support Mr Duke’s presidential ambition.

The Director-General of the presidential Campaign team, Dr Ike Neliaku of Gana gave the position of the former DG of the National Orientation Agency.

Neliaku said his principal had rejected the judgement and would file an appeal.

Read also: Tyranny is under construction in Nigeria – Shehu Sani

He said, ”Arising from the above and many other lacunas and contradiction in the judgement,we have carefully weighed the views and options presented by our stakeholders and supporters across the world,and resolve to accede to what is in the long term interest of our democracy.

”It is therefore our considered opinion that the judgement of the Court of Appeal is erroneous, contradictory and a miscarriage of justice.

“The decision is therefore not acceptable to us. “Accordingly,our candidate,Prof. Jerry Gana,has resolved to appeal the judgement at the Appeal Court.”

Confusion as Courts give opposing rulings in Zamfara APC crisis