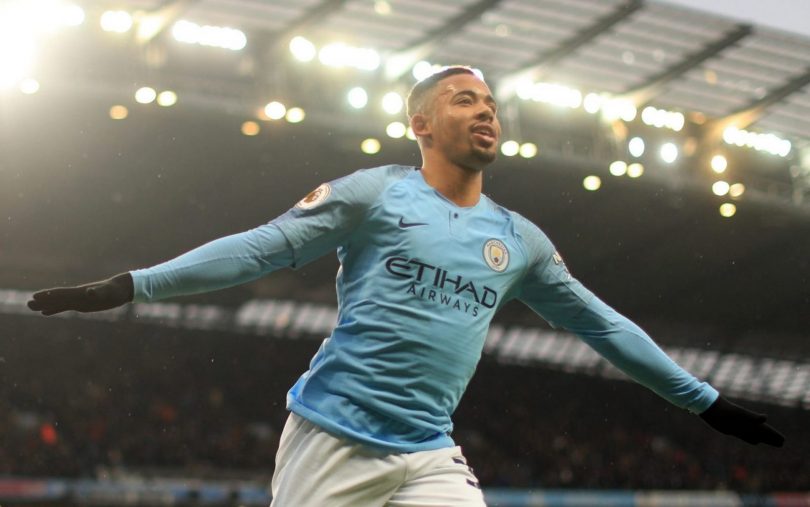 Brazilian star, Gabriel Jesus put up a superb showing as he scored twice to help Manchester City thrash Everton 3-1 to send the Etihad club return to top of the premier league.

The Pep Guardiola side were beaten by Chelsea in their previous league game last weekend after which they lost the top spot in the league to Liverpool.

But they bounced back on Saturday afternoon, as Jesus’s brace and Raheem Sterling’s goal handed them their first home win over Everton since 2004.

The win sees Manchester City overtake Liverpool at the top of the table ahead of their game with Manchester United at Anfield on Sunday.

It was Jesus who scored the opener in the 22nd minute moments after Richarlison squandered a glorious opportunity to hand Everton the lead.

The goal was his first Premier League goal in four months.

But Sterling extended City’s lead with an excellent header on 69 minutes after coming on for Leroy Sane.