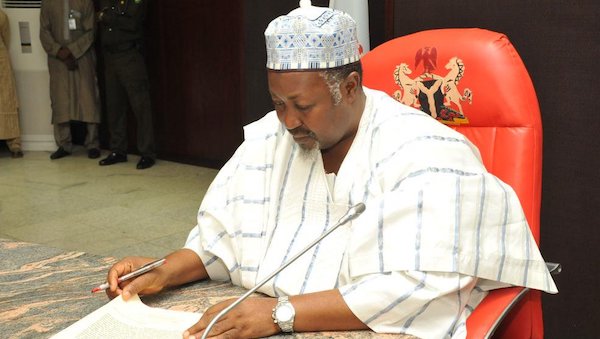 The Jigawa State government has announced the commencement of payment of the new minimum wage to its workers, with reports revealing that some civil servants in the state have received bank alerts of their December salary reflecting the new minimum wage.

This was revealed in a statement issued by the state government on Tuesday in the capital Dutse by the Head of the State Civil Service (HoS), Alhaji Hussaini Kila, who also used the opportunity to call on workers to reciprocate the gesture through dedication to their duties.

The state governor, Muhammad Badaru had on Dec. 4, promised to implement the N30,000 minimum wage approved by the Federal Government to its workers in December.

Reports say Badaru after signing the minimum wage payment agreement with Nigerian Labour Congress (NLC) and the Joint Public Service Negotiation Council (JNC), directed the head of service and Secretary to the State Government (SSG) to ensure the commencement of payment by December.

“I am, therefore, directing the HOS and SSG to ensure payment of the minimum wage in December salary,” Badaru said.

According to reports, the state Deputy Governor, Alhaji Umar Namadi, signed on behalf of the state governor, while Mr Sunusi Alhassan and Hassan Auwalu, of the NLC and NJC Chairmen, respectively, signed for the unions.

Related Topics:JigawaMinimum wage
Up Next