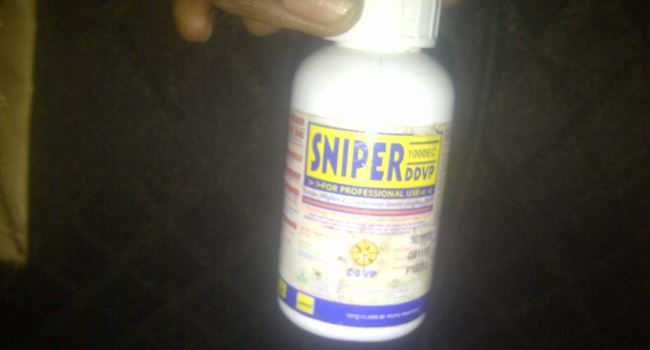 A 25-year-old man, Kehinde Musa, has committed suicide in the Surulere area of Lagos, after his girlfriend, one 21-year-old Rasheedat Animashaun dumped him.

Musa was said to have sent a suicide note via text message to Rasheedat before drinking a poisonous substance suspected to be sniper at his 56 Model Street, Surulere residence.

This was disclosed in a statement on Thursday by the Lagos State Police Command spokesman, Bala Elkana.

According to Elkana, the deceased locked himself in his room and drank an insecticide suspected to be Sniper, adding that the bereaved family, whom Rasheedat had informed of the suicide note, found Musa unconscious in his room.

He died while he was being rushed to the hospital for treatment.

Elkana said: “On Wednesday, September 18, 2019, around 6.30pm, the Surulere Police Station received information that one Kehinde Musa, 25, of No. 56 Modele Street, Surulere, locked himself up in his room and drank a poisonous substance suspected to be Sniper. He was rushed to hospital but died on the way.

“Preliminary investigation revealed that the deceased had earlier sent a suicide text message to his ex-girlfriend, Rasheedat Animashaun, 21, informing her that he would take his life since she had decided to end the relationship. The said girlfriend promptly informed his family about the text message and they rushed to his house, broke the door and found him unconscious. He was rushed to hospital but was unable to make it. His corpse has been deposited in the mortuary for autopsy.”

In another development, men of the state police command arrested one Ebosie Ugochukwu for allegedly stealing a Honda City saloon car with number plate KRD 755 in the Mushin area of the state.

The command’s spokesman said the personnel of the command, while acting on the complaint of the Chief Security Officer, Farest Mercantile Company Limited, Dominic Ukaegbu, regarding the missing car, arrested the suspect, while he was attempting to sell the vehicle.

Elkana said: “On Sunday, September 15, 2019, around 8.35pm, one Dominic Ukaegbu, the CSO of Farest Mercantile Company Limited, Mushin, reported at the Mushin Police Station that one Honda City saloon car with number plate, KRD 755, belonging to the company, was removed from where it was parked. On the strength of the report, detectives from the Mushin Division launched a search for the stolen vehicle.

“The vehicle was recovered on Western Avenue, in the Surulere area of Lagos. One Ebosie Ugochukwu was arrested, while negotiating to sell the stolen car at the rate of N400,000 only. The suspect has confessed to the crime and will be charged.”