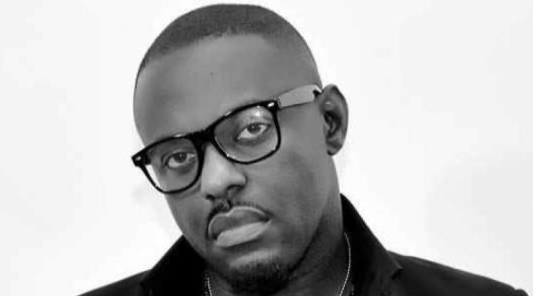 Hot headed and controversial Nollywood actor Jim Iyke showed no chill when he verbally attacked a man on Instagram who told him that it was time for him to go get a wife and settle down to family life.

The actor posted a picture of himself on the picture and video sharing social media platform with the caption; “Long day… Beautiful day… Positive vibes… New Year, looking like a Love movie already.”

Minutes later, the busy body Instagram user with the handle @chidiezeamjnr replied the post made by Jim Iyke saying; “My friend, go and marry joor.”

The comments made by the Instagram user infuriated Jim Iyke who savagely replied him saying; “My brother since u married you’ve been sleeping on the couch. You were a 2 minutes man. Now you’re 45 seconds. Your wife has decided the kids won’t have your ugly face and attitude.

“Ugly in and out begets Ugly. You look like a bloated reptile with erectile dysfunction. Don’t take your frustrations with me. Have a long talk with the missis. You’re not one tenth the man she dreamed about. You’re in our prayers sir,” Jim added.

Recall that the actor last year revealed in an interview with Broadway TV that he was once in a relationship with Rita Dominic which didn’t last because they were both in a space where they never thought of longevity at the time.

The actor said they both met when he was just beginning to hug the limelight and that they were very deep with each other during the period. He added, however, that he later discovered Rita was not the kind of girl that would wait for growth as she wanted an already made man. 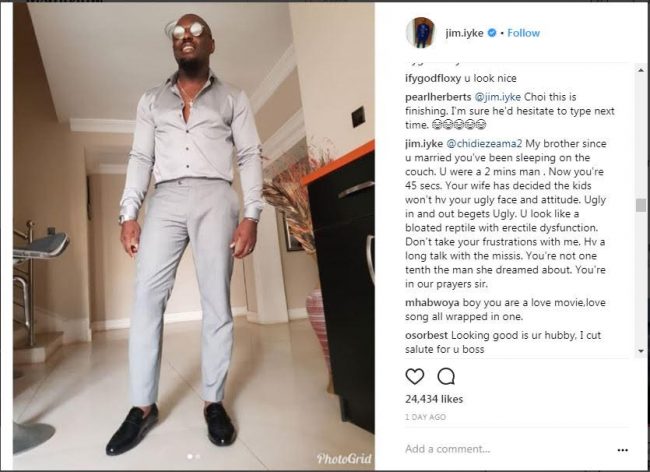