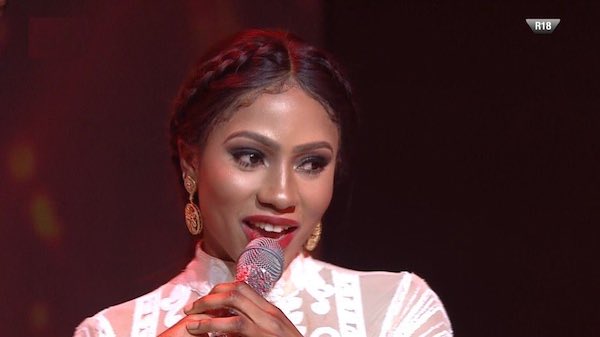 The 2019 edition of the Big Brother Naija reality TV show ended in a grand style with Mercy emerging as the overall winner of the contest riddled with edge-of-the-seat suspense and epic personality clashes which lasted for 90-days.

Mike who emerged as the first runner-up of the keenly contested reality TV show was also announced as the winner of the arena games for having the best time, taking home N2m cash prize.

Mercy is now the first female housemate to win the reality show as its previous winners have all been male housemates.

The grand finale of the ‘Pepper Dem’ season witnessed stage performances by Tiwa Savage, MI Abaga and Patoranking with Seyi and Omatshola recorded as the first set of housemates to be evicted from the show, sending pulses a notch higher as the host, Ebuka Obi-Uchendu got set to announce the rating of the last three contestants.

Soft-spoken 28-year old Investment Adviser and Sales Executive from Anambra State, Chemeka Frodd Okoye, was the next to be evicted from the Big Brother house leaving Mercy and Mike who both got enormous goodwill on the social media as the last two housemates left in the contest.

The host, Ebuka Obi-Uchendu announced Mercy as the winner of the keenly contested show to the delight of of many of her watching fans

For achieving the feat, the Imo State-born housemate smiled home with the N30m cash prize, a trip for two to Dubai, a household electronics makeover, a brand new car and other gifts amounting to the sum of N60m