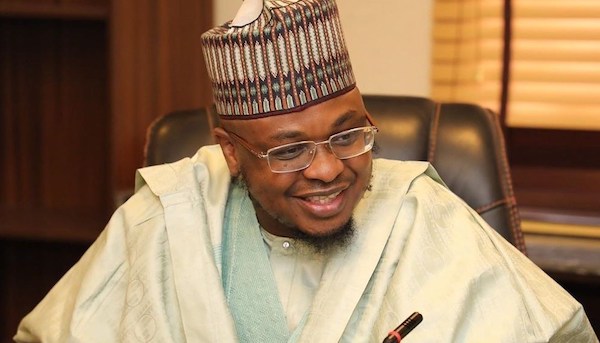 Isa Pantami, the Minister of Communications, despite criticisms, has received support from the Presidency and the Christian Asaociation of Nigeria (CAN) over his alleged complicity in the death of a former Kaduna Governor, Patrick Yakowa.

The latest organisation to rally behind the embattled minister is the Jama’atul Nasril Islam (JNI) which issued a statement on Friday, to that effect.

However, in its statement, the JNI Secretary-General, Dr Khalid Abubakar in Kaduna, the organisation described the situation as an “excessive convulsive smear campaign taken too far.”

The JNI is a religious body under the leadership of His Eminence Alhaji Muhammad Abubakar III, the Sultan of Sokoto who is also the President General of the JNI.

The group called on the Federal Government and security agencies to probe the allegation and punish the perpetrators of the heinous crime.

“We are taken aback by the desperation of some disgruntled elements who in their desperate attempt to smear the image of the Minister of Communication and Digital Economy, Dr Isa Pantami, drag the name of the JNI as being part of an alleged plot to assassinate the late Yakowa.

“This should be seriously investigated. The JNI, therefore, condemned unreservedly this ill-conceived, unprofessionally prepared, and cunning but futile attempt to drag its hard-earned reputation in the mud.

“We call on the security agencies to immediately swing into action and fish out the perpetrators of this heinous act and subject them to the wrath of the law before their foot soldiers disturb the modicum of tranquility in the country,” the statement read in part.

The JNI, therefore, called on all Nigerians to be wary of the diabolical plan by some people to destabilise the country.

Ripples Nigeria had reported that the CAN had also warned Nigerians against linking the death of Yakowa to Pantami and the Muslim community.

In a statement issued on Thursday by the Chairman of CAN in the state, Rev. John Joseph Hayab, the body said linking Pantami and the Muslim community to the death of Yakowa would endanger national peace.

It also urged security agents to step in and tame the circulation of the document.

Related Topics:CANPantamiPatrick Yakowa
Up Next