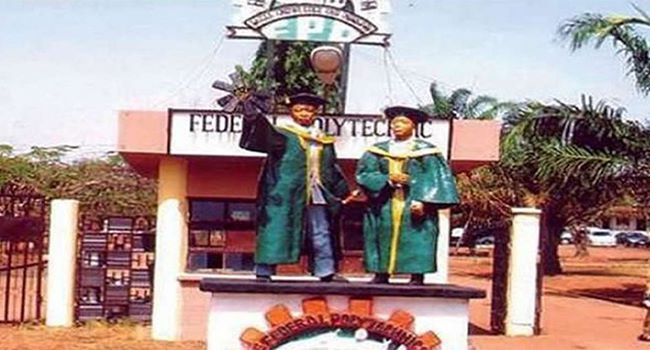 The Economic and Financial Crimes Commission (EFCC), on Thursday said the terms of plea bargain offered by a lecturer with the Federal Polytechnic, Offa, Kwara State, Illyas Abdulwasiu, were not acceptable to it.

Abdulwasiu, who is standing trial over alleged employment scam, had during the last sitting of the court, informed the court of his intention to enter into a plea bargain with the EFCC.

During Thursday’s sitting, the anti-graft agency however told Justice Sikiru Oyinloye of the Kwara State High Court that it could not agree to the terms in the plea bargain offer brought by Abdulwasiu.

The prosecution counsel, Mr A.A. Adebayo, informed the court that the defendant had at the previous hearing indicated his intention to opt for plea bargain, adding the terms proposed by Abdulwasiu was not agreeable to the anti-graft agency.

“We have a directive that we should not go on with such an agreement and as a result, we want to proceed with full trial,” Adebayo said.

Justice Oyinloye adjourned the case till February 12 for commencement of trial as the defence counsel, M.O. Balogun, did not any objection.

It would be recalled that the EFCC had in November 2019 arraigned the lecturer on nine counts.

He was accused of defrauding some job seekers under the guise of helping them to secure employment at the Federal Polytechnic, Ofa.

This, the prosecution said was contrary to Section 1(3) of the Advance Fee Fraud and Other Fraud Related Offences Act No 14 of 2006.