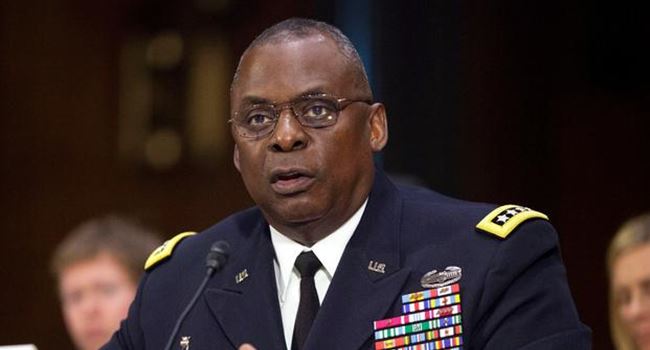 The President-elect of the United States of America, Joe Biden is to appoint Lloyd Austin, who played a major role in the 2003 invasion of Iraq, as the country’s first black defense secretary.

US media reported on Tuesday that the 67-year-old retired four-star army general has been picked by Biden ahead of favourite for the job former under-secretary of defence Michele Flournoy, amid pressure.

Further reports revealed that Lloyd, a veteran of conflicts in Iraq and Afghanistan was selected amid pressure on Biden to nominate more minorities for positions in his cabinet.

Biden, according to reports, had also considered Jeh Johnson, a former Pentagon general counsel and former secretary of homeland defence.

This came after Ripples Nigeria had reported that Biden had selected an all-female senior White House communications team in what his office called a first in the country’s history.

Reports say Biden and Vice President-elect Kamala Harris sought to inject diversity in their appointments and nominations so far, ahead of their January 20 swearing-in.