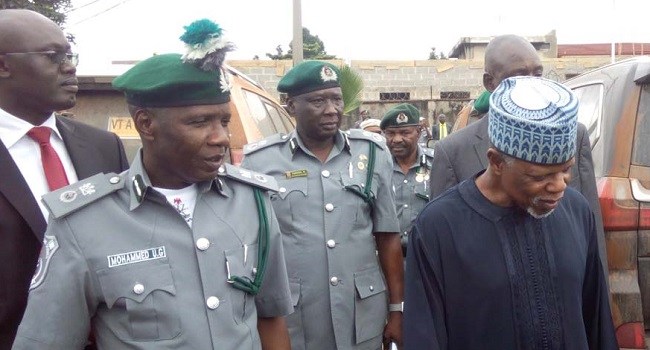 According to a statement by the NCS spokesperson, Joseph Attah, the arrest was the product of the security agencies’ efforts to strengthen Nigeria borders, especially the land and maritime borders against trans-border security concerns.

ONSA said the team had made large numbers of seizures and arrests from the four sectors, comprising the Northwest, Northcentral, Southwest and Southsouth zones.

“The exercise, led by the Nigerian Customs Service (NCS) and the Nigerian Immigration Service (NIS), in collaboration with the Armed Forces of Nigeria (AFN) as well as the Nigeria Police Force (NPF) and other security and intelligence agencies have continued to patrol and secure our border areas.

“While an exercise of this nature is likely to create some inconveniences to members of the public, the overriding interest is to prevent the country against transnational security concerns such as smuggling, proliferation of small arms and light weapons, irregular migration, terrorism, armed banditry, among a host of other concerns.

“This is consistent with the constitutional responsibility of any well-meaning government. We, therefore, continue to seek the support of all and sundry, to ensure that the desired objectives of Exercise Swift Response are achieved to promote a secured, peaceful and prosperous Nigeria.”