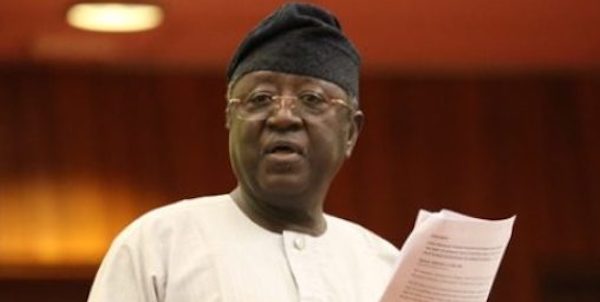 A former Governor of Plateau State, Jonah Jang will be returning to the courts on 21 of January, 2020 in a fresh start to his fraud and money laundering charges brought against him by the Economic and Financial Crimes Commission (EFCC).

This followed the reassignment of his case to Justice Christy Dabup by the Chief Judge of the state after the former judge handling the case, Justice Daniel Longji, retired last week.

Justice Longji had been handling the case since March 2018.

Azi, who is holding brief for the EFCC, said: “The new judge, Justice Christy Dabup, who has been assigned by the Chief Justice of the state to take over the case has fixed January 21, 2020 to continue with the trial.

“The new date is for mention. What this means is that the trial of the former Governor and his co-accused will start afresh.”

Jang, and Mr. Yusuf Pam, a former cashier in the office of the Secretary to the Plateau State Government, were arraigned on alleged misappropriation of fund and criminal breach of trust while Jang was serving as Governor between 2007 and 2015.
They both pleaded not guilty to the charges.