Jonathan identifies favouritism as cause of Nigeria's backwardness | Ripples Nigeria 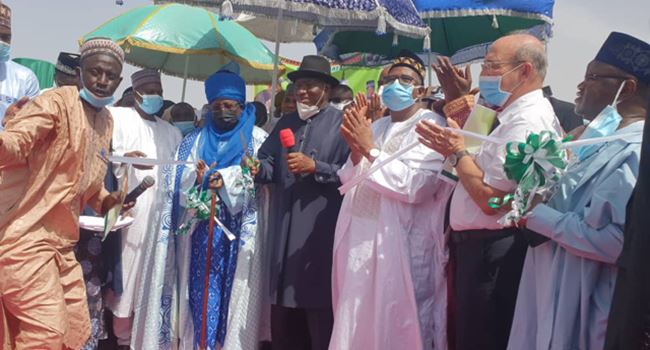 Former President Goodluck Jonathan has stated that favouritism in leadership positions rather than the ability to deliver is responsible for Nigeria’s backwardness.

Jonathan made this call on Tuesday, April 6, at the Palace of the Emir of Bauchi during a one-day working visit.

According to the former president, the tradition in Nigeria is that before one can be appointed to an office or given a responsibility, he must know someone at the top echelon in the country.

He lamented that this practice has taken the nation backwards.

In response to comments by Governor Bala Mohammed, the former president said, “In Nigeria, we have this tradition where some people feel that some ministries are big and juicy and must be given to a special person or that you have to know someone before you give him responsibility, role or put him somewhere. It is not like that with me, it is not my way of doing things.”

Earlier in his comments, Governor Mohammed expressed happiness over the visit of the former president whom he said was instrumental to his fame in Nigeria.

Responding, the Emir of Bauchi, Dr Rilwanu Suleiman Adamu, described the former president as detribalised Nigerian who demonstrated patriotism, nationalism and statesmanship during his reign as president of the country.

Related Topics:JonathanNigeria's backwardness
Up Next