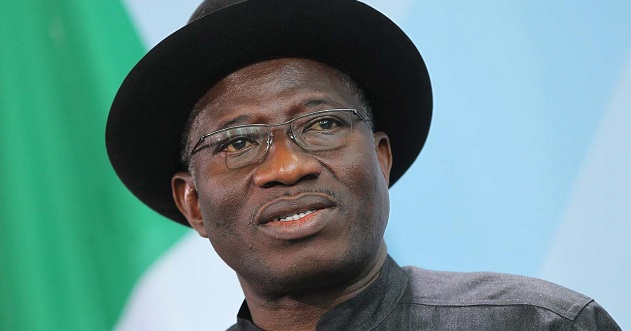 Former President Goodluck Jonathan has responded to scathing remarks made about him on the recently held governorship election in Bayelsa State by a former governor of Jigawa State, Sule Lamido.

Lamido had accused Jonathan of trading the oil rich state to the All Progressives Congress (APC) at the election so as to buy himself protection from prosecution in the celebrated Malabu oil scam.

Jonathan’s party, the Peoples Democratic Party (PDP) lost the governorship election in Bayelsa for the first time since the return to constitutional democracy in 1999.

The former president however insisted in a statement on Monday that the allegations by Lamido were not correct and a blackmail.

In the statement issued by his media aide, Jonathan noted that it was not only in Bayelsa State that the country had experienced such a situation where PDP or even the APC had lost elections to another party.

Eze, in that statement averred that holding Jonathan responsible for the PDP’s loss in Bayelsa without first investigating the issues that determined the fate suffered by the party in the state was not only disingenuous, but also detrimental to the image and aspirations of the party.

According to him, it was true that Jonathan, who is a former deputy Governor and Governor of Bayelsa States, as well as former Vice President and President of Nigeria, was loved and respected by his people, adding however that it will be tantamount to playing God for anybody to expect that the former President should command a vice-like grip on every Bayelsan in all the local government areas in his state.

Eze said: “Jonathan would want to counsel Lamido and others in his shoes to look at their national passports. They would see that their citizenship is Nigeria. We are first Nigerians before we are members of any political party or social organisation. If Lamido does not know that, then it is a pity.

“We chose to make this clarification just to set the record straight, especially as a number of the former President’s close associates have been asking questions about the blatant statement credited to Lamido.

“Where was Lamido when Jonathan campaigned vigorously and helped the PDP to win Bayelsa governorship election in 2015, under the same President Buhari?”

Eze also said it was untrue that Jonathan traded off Bayelsa so that he would not implicated the Malabu oil scam, adding that Lamido probably knows very little about the Malabu case, for which, he said, he was not supposed to have commented.

He explained that the Malabu oil block was not given out by Jonathan.

According to him, it was a deal that was sealed during the time of late Head of State, Gen. Sani Abacha.

Eze said: “Jonathan is convinced that Lamido’s intervention in this matter was deliberately designed as a form of blackmail. Having tried many other ways to discredit the former President to no avail, Lamido is now scheming to project Malabo as Jonathan’s Achilles heel. Here again he has failed because the true story of Malabo is already very well known to Nigerians.”

“We call on anyone, including Lamido, who has any shred of evidence linking former President Jonathan to any wrongdoing in the case of the Malabu incident to waste no time in publishing such evidence or forever remain silent”, Eze said.