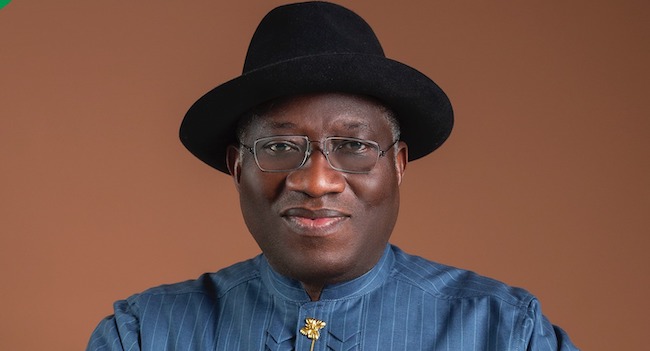 A former president, Goodluck Jonathan has explained a number of reasons that made it impossible for his administration to implement the recommendations of the 2014 National Constitutional Conference.

According to him, the defection of the then Speaker of the House of Representatives, Aminu Tambuwal from the ruling Peoples Democratic Party (PDP) to the opposition were among factors that made it impossible to implement the CONFAB report.

Jonathan spoke on Tuesday during the presentation of ‘The National Question’, a book authored by two veteran journalists, James Akpadem and Sam Akpe, with focus on the 2014 confab.

Represented by Senator Anyim Pius Anyim, former Secretary of the Government of the Federation, Jonathan said that it was in the interest of the country and generations unborn to implement the constitutional conference report.

He criticized the scenario in which pointless politics was used to influence every significant issue facing the nation, including its security, economics, and even matters of national interest.

He attributed this to the All Progressives Congress (APC) administration’s refusal to review the confab report with the intention of putting it into practice.

The former president said that he had little to no time to execute the findings since doing so would involve changing the constitution and explained why his administration was unable to take action.

Jonathan said, “I plead with Nigerians not to play politics with the 2014 Conference report. I believe that at the appropriate time, the country through a dedicated parliament will do the right thing.

“And the right thing is to duly and dispassionately consider the report of the conference with a view to implementing the recommendations for the good of the country.

“Whenever people say that I should have implemented its recommendations, my feeling is either those people did not understand the political environment at that time, the length of time it would take to implement the report of a conference like that or probably were just playing politics with such an important matter.

“Those knowledgeable about the processes of constitutional reforms will know that to implement the Confab report, a number of alterations will be made in the constitution which would require the involvement of the National Assembly and state assemblies.

“Such elaborate review couldn’t have been possible at that time because by the time the report was submitted in August 2014, we were already on the verge of a general election.

“It is also important to point out that at that time, the Speaker of the House of Representatives, Rt. Hon. Aminu Waziri Tambuwal, who was a member of my party, the Peoples Democratic Party (PDP), had already moved out, with some members, to the opposition party.

“When you know that your parliament is under that kind of situation, it would have been imprudent on my own part to take such a precious document, which I consider as crucial to our development yearnings, to a parliament that would not give it due consideration.

“If we had a task that would require the alteration of the constitution, enactment of new laws, and amendment of some existing ones, there was no way that could have been done overnight”, Jonathan said.

If Nigeria was to recover from its current plight, Jonathan urged citizens not to politicize the findings of the 2014 National Constitutional Conference.

He urged the National Assembly’s two chambers to examine the conference’s suggestions objectively with the goal of putting them into practice rather than letting them languish in obscurity like past well-intentioned initiatives for national development.