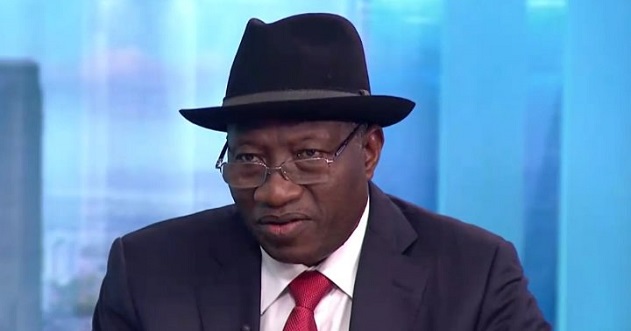 A former Chief of Staff to former President Goodluck Jonathan, Chief Mike Oghiadomhe and a former Minister of Defence, Kayode Adetokunbo have been named in a case of alleged diversion of funds totalling N35 billion at the Ministry of Defence

According to a report by the Economic and Financial Crimes Commission (EFCC), the money was meant for the procurement of items and equipment for the military in peace keeping missions.

The report also disclosed that the arms’ procurement fraud occurred in 2008 and the money was released from the Debt Management Office to the Ministry of Defence.

The EFCC probe report indicates that both Adetokunbo and Oghiamdomhe allegedly benefited from the misappropriated funds, while a suspect, Donald Perterson, 47, who is the Managing Director of Richfield Technologies Limited, one of the companies awarded contracts by the ministry, has been arrested.

The probe report reads in part: “This is a case of conspiracy and diversion of public funds. The facts of the case are that the report highlighted in June 2008 that the Minister of Defence obtained a N35,000,000,000 from the Debt Management Office for the provision of logistics and items and equipment to the Nigerian contingencies in peacekeeping missions from which contracts were awarded and money disbursed.

“It was also revealed that some of the contracts were non-performing as the contractors could not deliver within the stipulated time assigned which ranged from three to six months.

“It also highlighted that some contractors supplied substandard materials which were accepted by the ministry but could not be utilised till date, while other contracts were terminated after full contract sums were paid to the contractors without any refunds back to the Ministry of Defence.

“Richfield Technologies Limited were awarded four contracts for the supply of equipment for peacekeeping amounting to N1.4bn. Upon the receipt of the investigation, the following actions were taken. One, a letter of investigation activities was sent to the Ministry of Defence for details of all peacekeeping contracts awarded from 2009 to 2015.

“Two, response was received and analysed thoroughly. The contracts were identified and payments traced to the company’s account. Three, letters of investigation activities were written and dispatched to Guaranty Trust and Zenith Banks where the company’s accounts were domiciled.”

According to the report, responses from banks and the statements of accounts were analysed to ascertain how the suspect utilised the funds received from the ministry.

“Also, letters of investigation activities were written to the Abuja Geographic Information System to establish the owner of properties linked to the suspect. Also, two case files containing details on the properties have been sent to the Legal Department for final forfeiture. The suspect was invited and his confessional statement was taken under caution,” the anti-graft agency added.

The also revealed that the suspect named the former minister and Jonathan’s former Chief of Staff.

“Mr Donald (Peterson) stated that he paid money to some government officials for the contracts awarded. Among them is Chief Mike Oghiadomhe. He maintained that he paid via cheques of N100,000,000 for the N1.02m communication contract. He also paid the sum of $240,000 cash to Mike Oghiadomhe junior for his father and a former Minister of Defence, Adetokunbo Kayode, for facilitating the contracts”, the report said.