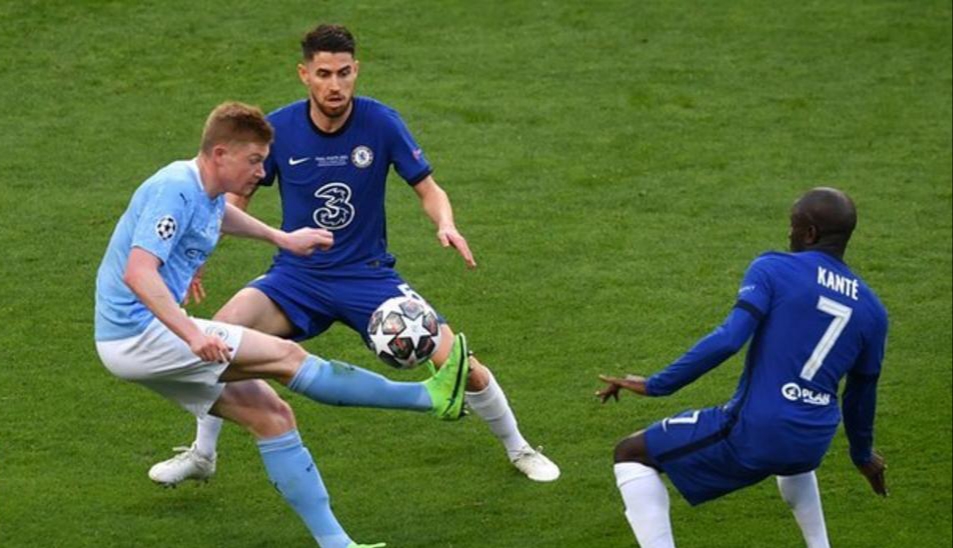 Chelsea duo of Jorginho and N’Golo Kante as well as Manchester City’s Kevin de Bruyne have been named in the final shortlist for UEFA award.

The Premier League trio will be battling to emerge winner of the men’s player of the year title.

Jorginho and Kante helped Chelsea win the UEFA Champions League, with De Bruyne also playing in the final, but Jorginho went on to win the rescheduled Euro 2020 with Italy.

It is the first time in the 11-year history of the award all the men’s player nominees have been midfielders.

Meanwhile, Chelsea’s Emma Hayes is on the shortlist for the women’s coach of the year award, along with ex-Barcelona boss Lluis Cortes and Sweden’s Peter Gerhardsson.

The three candidates for the women’s player of the year are Barcelona’s Champions League-winning trio Jenni Hermoso, Lieke Martens and Alexia Putellas.

The winners will be named during the Champions League group stage draw ceremony in Istanbul on Thursday, 26 August.