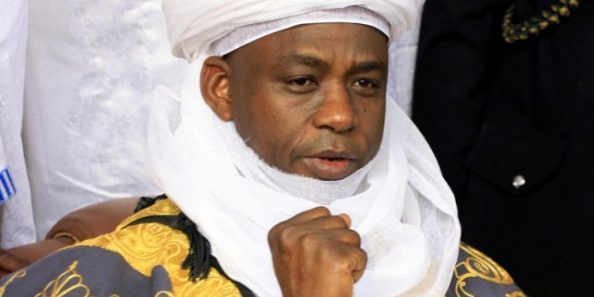 The Sultan of Sokoto, Alhaji Muhammad Sa’ad Abubakar, has cautioned Muslim faithful to remain calm and resist the lure to take the laws into their hands following the killings of worshippers in Jos, the Plateau State capital, on Saturday.

Sultan Abubakar, the President General of the Nigerian Supreme Council for Islamic Affairs (NSCIA), who was reacting to massacre of the worshippers on their way from Bauchi to Ondo where they were waylaid and killed by a militia group, advised Muslims in the state and other parts of Nigeria to allow security agencies to deal with the situation.

In a statement issued on Monday by the NSCIA on behalf of the Sultan, the revered monarch who condemned the killings and the deplorable insecurity across the country, stated that while he appreciates the efforts of relevant stakeholders, the perpetuators must be apprehended and made to face the law.

“The Nigerian Supreme Council for Islamic Affairs (NSCIA) under the leadership of its President General and Sultan of Sokoto, His Eminence, Alh. Muhammad Sa’ad Abubakar, CFR, mni, unequivocally condemns the massacre of a group of innocent Muslims who were returning from Bauchi to Akure, Ondo State, on Saturday.

“While affirming the statements of their Excellencies, the Governors of Plateau and Ondo States that it was a case of mistaken identity and not particularly intended for the Muslims, the Council appeals to all Muslims to be calm and nobody should take laws into his or her hands.

“The Council re-emphasises that no human life deserves to be wasted on any ground be it religious or ethnic.

“The Council is monitoring the investigation and would ensure that justice is done,” the NSCIA stated in the statement seen by Ripples Nigeria.

“We re-assure all peace-loving individuals and groups that appropriate actions would be taken subsequent to a thorough investigation.

“In the meantime, while efforts are offered to locate the eight missing Muslims, the Council urges the security agencies to fish out all the perpetrators of the dastardly acts and ensure that adequate justice is done.

“The Council commiserates with all Muslims, particularly Sheikh Dahiru Bauchi, the host of the religious event from which the victims were returning,” the statement added.