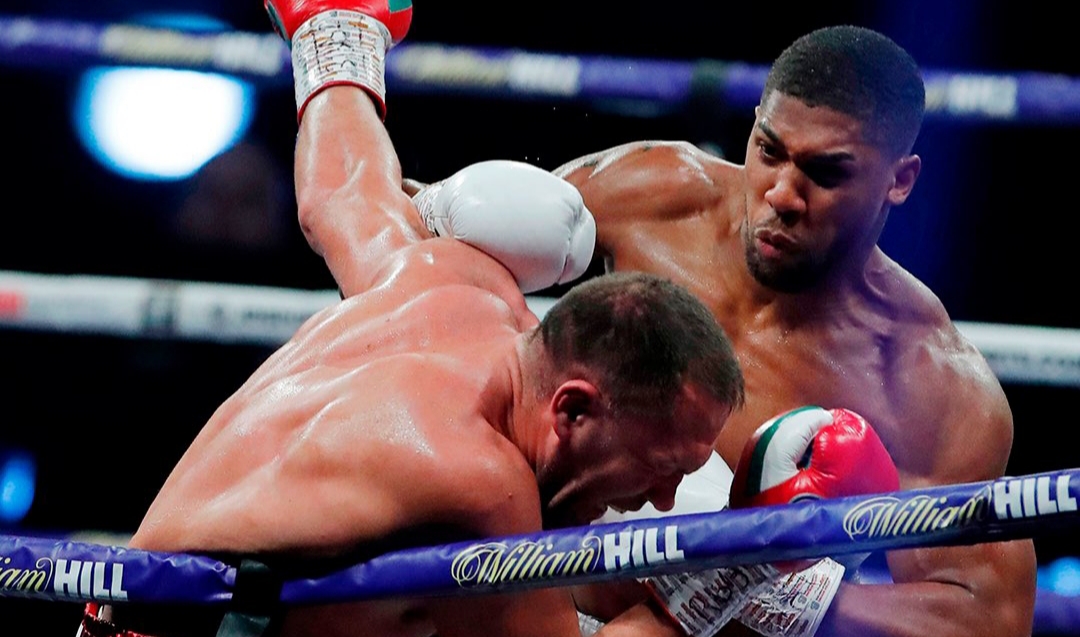 The British heavyweight boxer outclassed his Bulgarian counterpart and mandatory challenger, flooring him twice in round three and twice more in the ninth and final round.

It was a dramatic and entertaining contest and one that began with a cagey opener as both men appeared hesitant and exchanged jabs.

With a few uppercuts in the ninth round, Joshua dropped Pulev before a straight brutal right hand wiped the challenger out, putting him down for the count.

1,000 fans were granted access to Wembley Arena to watch the fight amid the coronavirus pandemic.

But victory for Joshua bolsters hopes that a historic fight against fellow Briton Tyson Fury could soon be a reality.

After the win, Joshua said: “I started this game in 2013, gathered the belts.

“Whoever has the belts I want to compete with. If that is Tyson Fury, let it be Tyson Fury.”

The IBF, WBA and WBO champion stands a chance to become the undisputed heavyweight champion if he goes on to beat Fury, who holds the WBC heavyweight title.