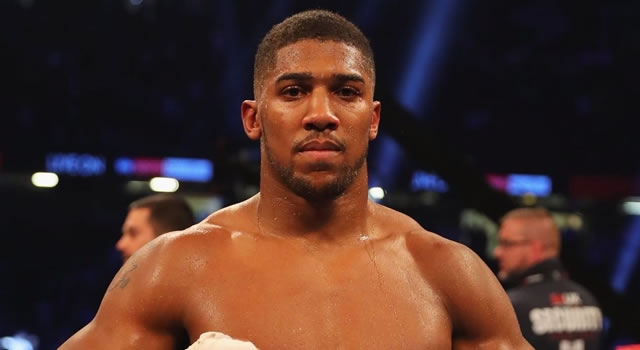 Having reclaimed his three championship titles, Anthony Joshua says he is looking at becoming the next undisputed champion of the world by fighting for the fourth title.

The British boxer of Nigerian descent defeated Andy Ruiz Jr in a rematch in Saudi Arabia on Saturday night to reclaim the WBA, IBF and WBO titles he lost to the Mexican-American in a shock defeat last June.

But Joshua will likely take on his mandatories Oleksandr Usyk and Kubrat Pulev next before having a Wilder showdown.

Speaking to Sky Sports about a unification bout with Wilder, the Briton said, “I’m ready.”

Read Also: ‘Downfall of man is truly not the end of his life,’ Buhari tells Joshua

“I’ve got my belts back and I’m ready to fight him. But I’m not looking too far into the future because it takes your eyes off what is front of you.

“I take it step by step and, by the time I get to unification, I will be ready.

“I’ll knock them down one by one and, when the big boys are ready, I’ll be ready to become the next undisputed champion of the world.

“I really want to make that happen.”

Wilder had attacked Joshua’s performance in Saudi Arabia on Saturday night, saying, “he did what he had to do to get the win. He ran around the ring and was on his bike all day.”

The fight between Joshua and Wilder may not be in view anytime soon, but it is definitely a showpiece that the entire world of boxing looks forward to.