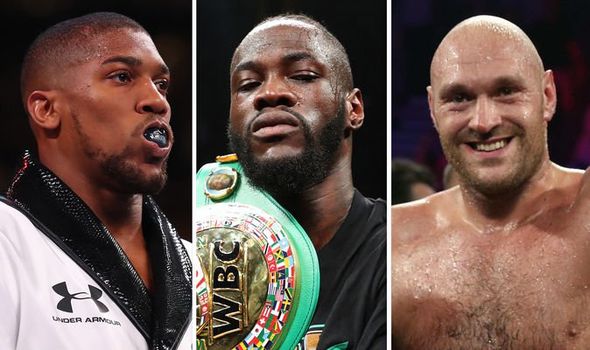 The proposed August date for the showdown between Anthony Joshua and Tyson Fury may no longer happen as planned following recent rulings.

Fury, the WBC world heavyweight champion, has been ordered to fight American Deontay Wilder for a third time.

32-year-old Fury won his title from Wilder in a rematch in February 2020 after an initial draw in their first outing.

The pair were due to fight again as the contracts signed warranted a third bout, but delays caused by the Covid-19 pandemic prompted the calls for an all-briton fight.

But a Monday ruling by a United States judge was in mediation that Wilder has a right to face Fury for a third time before 15 September, 2021.

The American’s team had long argued their fighter had a contractual right to a third fight with Fury.

But after delays caused by the pandemic led to a July 2020 contest being postponed, Wilder’s team sought to move the bout to 2021.

Fury refused the 2021 date and said he would move on. That prompted mediation overseen by American judge Daniel Weinstein, who has now sided with Wilder and set a 15 September deadline for a third contest.

Recall that the promoters of Fury and Joshua had confirmed that the unification fight between their clients was set to hold on August 14 in Saudi Arabia.