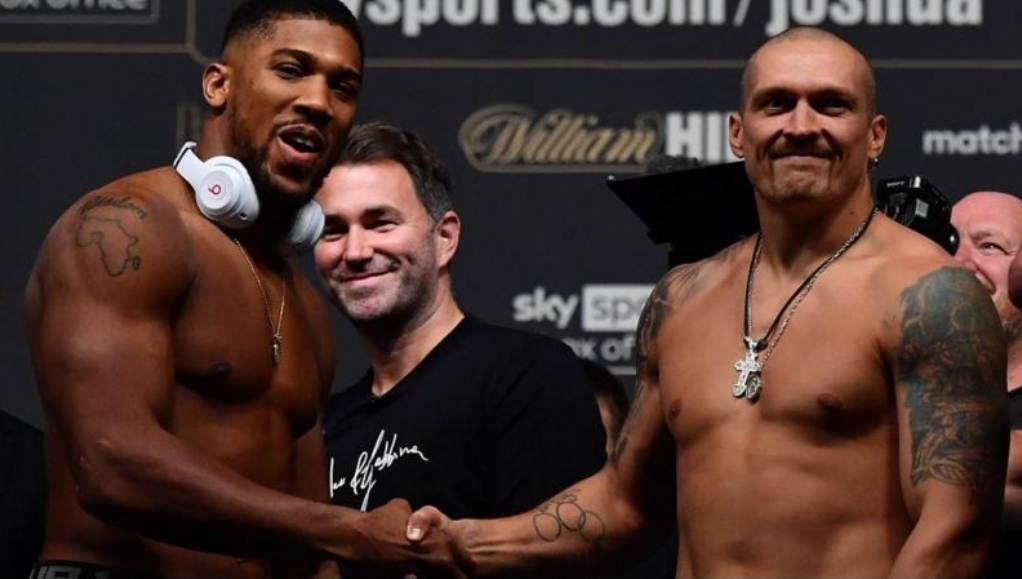 The heavyweight boxing showdown between Anthony Joshua and Oleksandr Usyk is finally upon us and will be holding at the Tottenham Hotspur Stadium tonight (Saturday).

Joshua’s WBA, WBO, IBF and IBO heavyweight titles will be on the line in the fight expected to be watched live by an estimated 67,000 spectators in London.

The fight is said to be the biggest in Britain since Joshua defeated Russian Alexander Povetkin at Wembley in September 2018.

31-year-old Joshua, who has 24 wins and one loss, wants to become the undisputed heavyweight champion as only one belt – the WBC – is yet to become his’.

Joshua hopes to defend his titles and move onto a unification bout against Tyson Fury next year.

Recall that both Joshua and Usyk won gold medals at the 2012 Olympics in London – Joshua at super-heavyweight and Usyk at heavyweight.

Ukranian Usyk is formerly the undisputed cruiserweight world champion before he ventured into heavyweight, and has fought just twice in the category before now.

What are the fighters saying?

“Let’s go out there, have fun and put on a great show,” said Joshua.

“I want to be poised, relaxed and precise – that’s what I’m going to do. I can’t wait.

“I’m getting better as a fighter so why shouldn’t I be excited? It’s the best times of my life. Everyone is going to be happy on Saturday.”

Usyk, 34, who is undefeated in 18 bouts, says he hopes the show will be worth revisiting in years to come.

“Every fight makes history and me and Anthony will make another step in history,” said Usyk.

“It will be something people will be talking about, will remember and will be watching on television.”

What time is the fight?

The showdown is expected to begin around 10p.m Nigeria time, with undercard actions billed to happen at the venue before Joshua and Usyk take centre stage.

D’Tigress one win away from Afrobasket three-peat, to battle Mali for glory