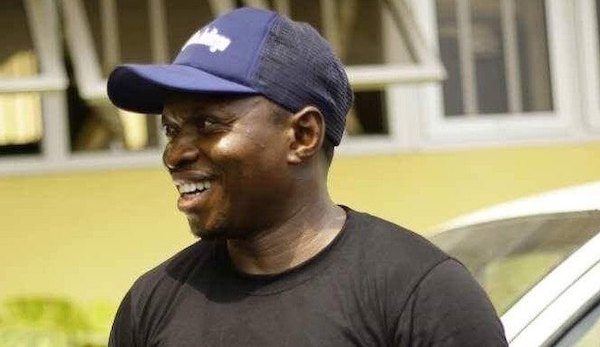 A journalist, Agba Jalingo, on Monday regained his freedom after a Federal High Court, Calabar, dismissed the terrorism, treasonable felony, and cybercrime charges brought against him.

This ruling was pronounced by presiding Justice Ijeoma Ojukwu, who dismissed the charges against Mr Jalingo.

The journalist is the publisher of an online newspaper, CrossRiverWatch.

Jalingo‘s travails started when he was arrested in August 2019 for accusing the Cross River State Governor, Ben Ayade, of diverting N500 million belonging to the state.

He was charged for terrorism, treasonable felony, and cybercrime, and incarcerated for about 179 days, despite global outrage against the government’s action.

After the acquittal, the counsel to Jalingo, Adeyinka Olumide-Fusika, SAN, lauded the Cross River State attorney-general for withdrawing the charges.
“We are happy that our harassment has ended,” Mr Olumide-Fusika said.

In his press briefing after the verdict, Jalingo reiterated his innocence while decrying the amount of time he spent in incarceration because of “a sham trial.’

“I knew from day one that I did not commit the offence, I knew it was just a matter of time for the court to throw the matter away.

“It’s just painful that our system is skewed in this manner where three years of my time has been wasted coming from Lagos to Calabar because of a sham trial.

“Their intention was to scare me, push me until I break. So the lesson I have learnt is that it is better to hold on. Even when at the breaking point, take a deep breath, pray to God, believe in God and ask him to give you strength.

“I think today, the person that will really feel bad is the governor of Cross River State and those who locked me up. Wherever they are now, I think their conscience is talking to them,” Jalingo said.

JAMB rules out extension of deadline for UTME registration