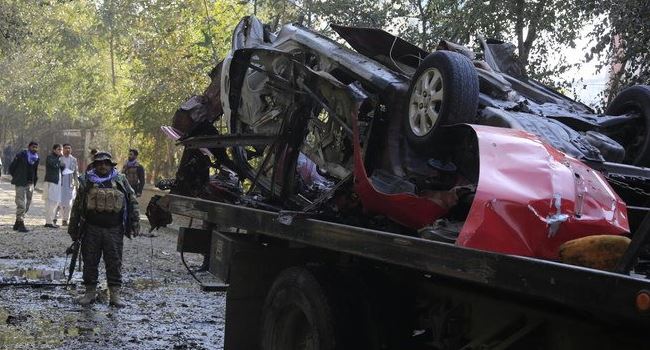 A local journalist, Ilyas Dayee, was killed after a small bomb attached to his car went off in Afghanistan’s southern Helmand province.

This is coming after a former Afghan television presenter was killed alongside two other civilians in a similar attack in Kabul on Saturday.

Mr Dayee’s brother and two civilians including a child were injured in the incident.

“He was one our best ones in the Radio. The pain is unbearable.’’

There was no immediate claim of responsibility for the explosion.

Since October, the atmosphere has been volatile in the province following a major Taliban offensive to overrun the provincial capital. Tens of thousands of civilians have been displaced.