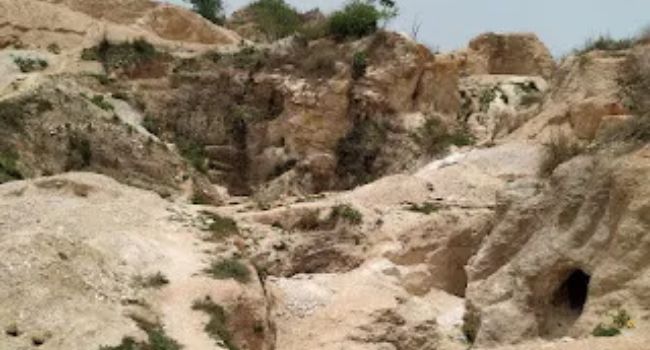 A freelance journalist who, in partnership with Ripples Nigeria, did a special report on environmental degradation and child labour has reported receiving threats from unknown persons.

The undercover report had revealed how the activities of illegal miners were fast degrading the environment in Ijero community Ekiti State, with clear evidence of infringements on Nigeria’s Child Rights Act 2003.

The report, published on May 7, 2022 and titled ‘SPECIAL REPORT: Illegal miners degrade Ekiti community, engage in child labour’, was sponsored by I-79 Media Consult under the ‘Rewriting the Narratives of Environmental Crimes in Nigeria’ project and supported by the Environmental Reporting Collective (ERC).

Not long after the publication, Abdulwasiu Olookoba has reported receiving calls from unknown persons querying justification for the story which civil society groups have commended for its social impact.

He said, “On the night of May 15, 2022 I got a call from a veiled number asking if I was the author of a recently published story on mining activities in Ekiti State.

“When I sought the identity of the caller, he simply retorted that it did not matter and went on to warn that I could face serious consequences if the story was not pulled down”.

“So you think you can just write anything you like and spoil people’s name? What is your business with what people are doing in that place. You’ll pay dearly for your this,” Abdulwasiu quoted the unidentified caller as saying in addition.

It is still unclear the source of the alleged threats. However, Ripples Nigeria notes with concern frequent attempts by state and non-state actors to intimidate or blackmail journalists from carrying out their lawful duties.

It would be recalled how the publisher of an online newspaper, CrossRiverWatch, Agba Jalingo was picked up by security agencies in August 2019, and incarcerated for about 179 days over a story he published accusing the Cross Rivers governor, Ben Ayade of diverting N500 million belonging to the state.

After to global outcry over his illegal detention and rights abuses, Jalingo was dragged to court and charged for terrorism, treasonable felony and cybercrime.

The Federal High Court, Calabar dismissed the charges against the journalist, after the state government withdrew same against him.

In 2018, Samuel Ogundipe, a journalist with Premium Times was also arrested and detained by the Nigerian police for carrying out his lawful duties. He was arraigned at a secret trial, as his lawyers were not informed of the arraignment before a magistrate’s court.