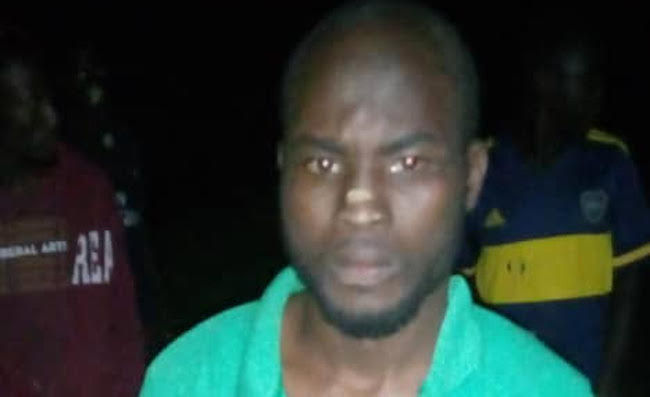 The operatives of the Joint Task Force (JTF) in Bauchi State last month brutalized a 30-year-old soccer fan, Adamu Sodangi Aliyu, during a UEFA Champions League game in the state.

Sodangi, who was watching a UEFA Champions League game at a viewing center in Rinjin Gani, Toro local government area of the state on September 28, got what he never bargained for when he was attacked by some JTF personnel.

The young man, who addressed journalists at the Nigeria Union of Journalists (NUJ) Press Centre in Bauchi on Friday, said he was dehumanized and completely brutalized by the security agents.

He said: “On Tuesday, September 28, 2021. I was watching the UEFA Champions League at a public viewing house in Rinjin Gani, Toro LGA of Bauchi State. Behind me, there was a man, just towards the end of the first 45 minutes of the game, he put his hand on my shoulder and pressed me down.

“I perceived the act annoying and turned around to look at him inquisitively without a word. The man said, ‘Yes, you are blocking my view!’

“When it was time for the 15 minutes break, as I rose up to go out with my brother (who was sitting with me), the man also rose and followed me. He then grabbed my arm this time around and said he wanted to talk to me. I told him I don’t want to talk to him. He persisted, then I freed myself and told him I have something to do he should excuse me.

By that time people have gathered, then I heard them saying to him ‘officer please sorry, please it is okay’ (it was at that moment that I discovered that the man is a security agent.

“I told them I didn’t do anything wrong to him and that I’ll not apologize to him and left. At the commencement of the second 45 minutes, the man came back, this time around with others (I don’t know their number at that time, but I was later informed they were three), they were holding whips and canes.

“He pointed at me and one of them grabbed and drew me to follow them saying, ‘na you wan fight Soja ba? Muje zakaci ubanka’ (there I realized that the man is a soldier).

“I told them, I am not going anywhere. The next thing I heard was flogging, punches, and kicking from every angle.

“They carried me up in the football viewing house and were taking me to their camp but I managed to force myself down, insisting that I did nothing wrong to anyone and I’m not following them. They beat me till I was almost dead in the presence of over 100 people watching the ball in that viewing house.

“They left after realizing that I was no longer conscious and dumped me inside a pond of mud water and returned back to their camp. Nobody was able to stop them, except for few individuals that were pleaded with them not to kill me.

“A friend sent me details of the Nigerian military to report their personnel unprofessional conduct and he also advised that I should complain to the police, which I did.

” Meanwhile, someone at the viewing house went to inform the head of the JTF in Rinjin Gani. He came and confirmed what he heard and promised me that he will do something about it. I went to the police that night. After hearing my complaint, the police said I should go to Magama Gumau to complain to one Captain (as they said) he is the head of the military in Toro LGA.”