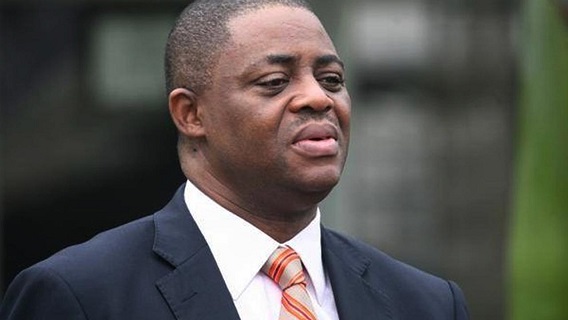 Former Aviation Minister, Femi Fani-Kayode, has alleged that current Nigeria President is not the real Muhammadu Buhari citizens of the country voted as president in 2015.

The former minister said that the identity of the person allegedly parading self as Buhari will be made known after presidential position is wrestled from the All Progressives Congress’ (APC’s) hold in 2019.

He added that the revelation will be made that Nigerians will be “shocked to the marrow”.

The former minister stated this in a post on his twitter handle in response to the crisis rocking the ruling APC and utterances from the leaders of the party.

He wrote: “The true identity of the man in the Villa that claims to be Buhari will only be made known after he is defeated and steps down from power.

In efforts to back his claims, he quoted statement credited to Ogun and Imo states governors, Ibikunle Amosun and Rochas Okorocha respectively.

He wrote: “If APC provokes me again I will tell the whole world what we were cooking that got the house burnt”- Gov. Amosun.

“If I say what I know about APC Nigerians will burn down Aso Rock within 24 hours”- Gov. Okorocha.”

Fani-Kayode then concluded, “There is something in APC that stinks worse than a dead body.”

Recall that the fugitive leader of the outlawed Indigenous People of Biafra (IPOB), Nnamdi Kanu, had consistently claimed that the current Nigeria President is not the real Buhari but one Jubril from Sudan.