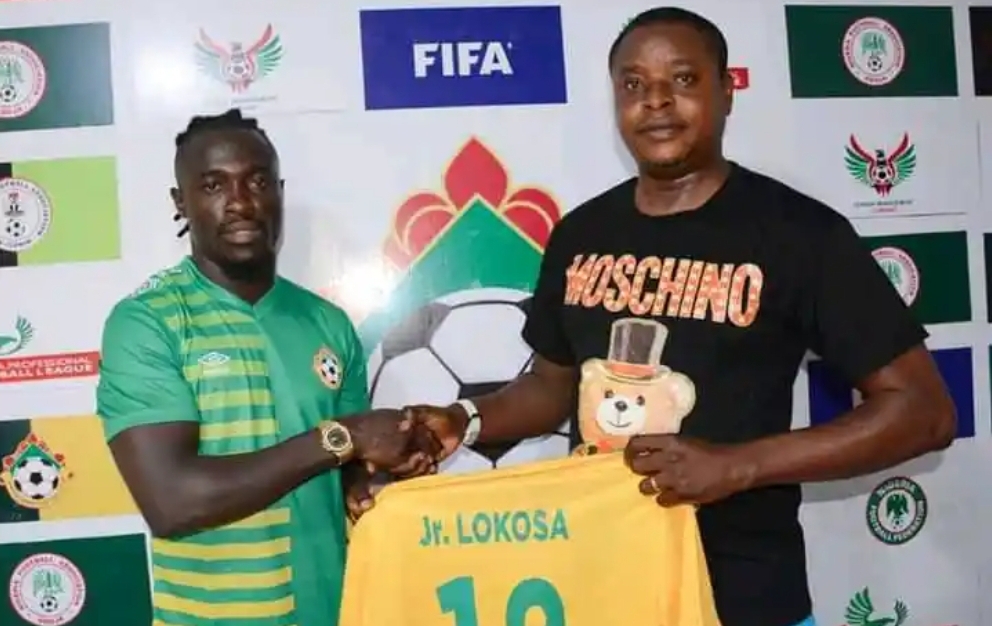 Speaking to Kwara United Media Team after signing the dotted lines today, the former Super Eagles player said that watching the team play is a delight, and the ambition of the club has really spurred him to team up with the Harmony Boys.

He pledged to put in his best, to ensure that the team wins a continental ticket at the end of the season.

“The determination in the team, as well as the style of play are the major determinants of my choice of Kwara United Football Club,” he said.

“I will be happy, to contribute my quota towards making the team a champion at the end of the forthcoming season. Kwara United FC is a big team, with great ambition.

“I saw the team play at the Governor Dapo Abiodun Pre-Season tournament in Ijebu-Ode. They have good, matured and disciplined players, and that would also made me to give my best to the team.”

Lokosa was spotted at Ijebu-Ode, during the Governor Dapo Abiodun Pre-Season tournament, with speculations flying around about which club he will join.

While describing the NPFL as one of the best leagues in the world, the former Kano Pillars player urged the management of Kwara United FC to sustain their support and motivation for the team, to achieve the set goals.

Lokosa played for First Bank before moving to Kano Pillars in May 2017.

At the end of his second season in Pillars, he received the Eunisell Boot Award after his 19 goals placed him top of the NPFL scoring charts, earning him N3.8million (N200,000 for each goal).

After trials in China, he joined Espérance Sportive de Tunis in 2019, signing a two-and-a-half-year contract.