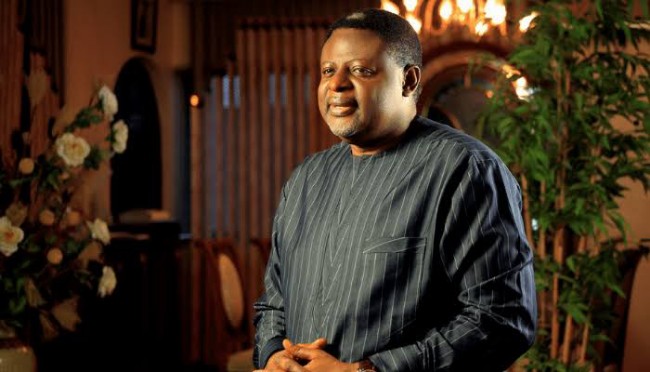 The All Progressives Congress (APC) governorship aspirant in Cross River State, Senator Bassey Out, has been disqualified from the 2023 governorship race in the state.

The party’s screening had earlier disqualified the aspirant from the governorship race over alleged certificate forgery and other criminal acts.

Otu is the anointed candidate of Governor Ben Ayade in the 2023 governorship election in the state.

The party’s Appeal Committee upheld the aspirant’s disqualification at its sitting on Friday.

Otu’s travails began when a group sent a petition to the APC leadership in Cross River State and demanded his disqualification from the governorship race over alleged fraudulent acts and certificate forgery.

The petitioners said Otu was an ex-convict as he had been sentenced to prison in the past for allegedly defrauding his former employer, the Mercantile Bank of Nigeria Plc in 1987.

“We are Solicitors to Concerned All Progressive Congress (APC) Members from Cross River State and on whose instructions we petition you.

“Our clients briefed us thus:

“The said Senator Bassey Edet Otu is alleged to have been convicted for defrauding his former employer Mercantile Bank of Nigeria Plc in charge NO. HC/1010C/1987.

“This is in breach of the provisions of section 182 (e) of the 1999 constitution of the Federal Republic of Nigeria which prohibits persons like Senator Bassey Edet Otu from being elected as governors. Our clients shall furnish you with certified true copies of the said judgment.

“Our clients have also uncovered plans by his erstwhile party (Peoples Democratic Party), the major opposition party in the state.

“In the likely event that Senator Bassey Edet Otu eventually emerges as the All Progressive Congress (APC) candidate for the 2023 gubernatorial election in Cross Rivers State, the Peoples Democratic Party will approach the court to disqualify him.

“This process may drag on in court and Senator Bassey Edet Otu may be disqualified when it is too late for the party to replace him and the party may end up not participating in the gubernatorial election in Cross River State or lose the seat if he eventually wins.

“This must be taken seriously because the People’s Democratic Party is doing everything possible to take over the state. We, therefore, urge this noble committee to do everything possible to ensure that only competent people with credible and impeccable records are cleared to contest so that the All Progressive Congress (APC) does not lose out as it experienced in Zamfara State and Rivers State in 2019.”

‘PDP will produce Nigeria’s next president in 2023,’ Ayu boasts