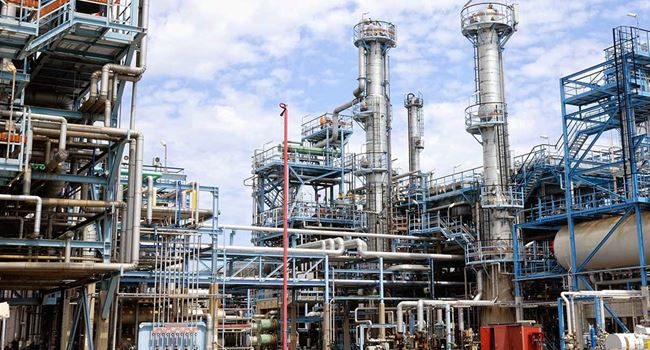 Both chambers of the National Assembly on Thursday passed the Petroleum Industry Bill (PIB) after careful consideration of each of the clauses.

Ripples Nigeria had reported that the Senate met with the Minister of State for Petroleum, Timipre Sylva, and the Group Managing Director of the Nigerian National Petroleum Corporation (NNPC) Mele Kyari behind closed doors before the passage of the bill.

The passage of the bill comes exactly 13 years after it was first presented to the National Assembly in 2008.

The passage came after missing the last 20 deadlines that dated back to September 2008.

The long-awaited bill which has now passed for a third reading will deregulate and overhaul Nigeria’s oil and gas sector.

On 28 September 2020, President Muhammadu Buhari presented the PIB to the National Assembly for reconsideration.

The Bill seeks to introduce changes to the governance, administrative, regulatory, and fiscal framework of the Nigerian oil and gas industry, in order to ensure transparency, strengthen the governing institutions, and attract investment capital, among other objectives.

Senate President Ahmed Lawan said the Senate expects President Buhari to sign the bill as soon as it is transmitted.

The Chairman of the Joint Committee on Petroleum (Downstream); Petroleum (Upstream) and Gas Resources, Senator Sabo Mohammed presented the report of the committee.

According to him, the PIB is designed to update and replace the outdated provisions with a more comprehensive and current petroleum industry law that aligns with global standards.

He added that it also seeks to empower institutions and not individuals, remove bad governance which leads to inefficiency and corruption in the country’s petroleum industry.

Speaking on the PIB, the Deputy Senate President, Senator Ovie Omo-Agege said the bill will create an enabling environment for investors to come in and invest in Nigeria’s oil sector.

He, however, appealed that the contribution of companies to a Host Communities Trust Fund be increased.

The committee had recommended that five percent of the actual annual operating expenditure of the proceeding financial year in the upstream petroleum operations should go to the Fund.

Amongst the points contained in the report of the committee are:

“The Committee recommends funding mechanism of 30% of NNPC Limited’s profit oil and profit gas as in the production sharing, profit sharing, and risk contracts to fund exploration of frontier basins. The Frontier Basins are to take advantage of the foreseeable threats to the funding of fossil fuel projects across the world due to speedy shift from fossil fuel to alternative energy sources.

“The Committee recommends 5% of the actual annual operating expenditure of the proceeding financial year in the upstream petroleum operations affecting the host communities for funding of the Host Communities Trust Fund. (This is however a drop of 5% compared to the 10% recommended in the previous PIB submitted to President Muhammadu Buhari by the 8th Assembly which was not assented to).”

NNAMDI KANU: Mbaka dares Nigerian govt to ‘do its worst’