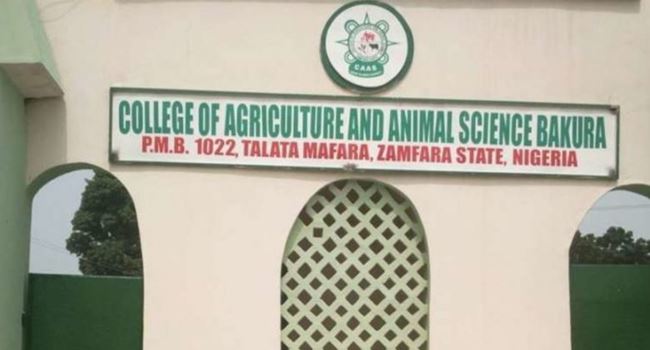 Suspected bandits have again, launched an attack on the Zamfara State College of Agriculture and Animal Science in Bakura Local Government Area of the state, abducting some students and teachers, killing four other persons.

The incident, which was said to have happened on Sunday, was confirmed by the registrar of the college, Aliyu Bakura, during an interview with BBC on Monday.

According to Bakura, the bandits attacked the college with sophisticated weapons and abducted about 15 students, a teacher and his wife.

Also, he said the four persons that were killed by the bandits included a police officer and three gatemen.

However, the Zamfara Police Command is yet to confirm the incident as of the time of filing this report.

Meanwhile, this is the second time the bandits have attacked the school in less than two months.

It would be recalled that on July 11, the state’s Police Command confirmed the abduction of the school’s Provost, Bakura Burkullu.

The command’s spokesperson, Mohammed Shehu, had made the confirmation in an interview with newsmen in Gusau, saying, “The entire area has been combed by security personnel and very soon, the victims will be rescued and the perpetrators will be arrested and brought to book.”

Also, the registrar of the college had said the kidnappers broke the window of the provost’s house to gain entrance, adding that a school teacher, who was a neighbour of the provost, was also abducted.

However, they were released four days after they were kidnapped.

Related Topics:#featuredkidnappedZamfara college
Up Next