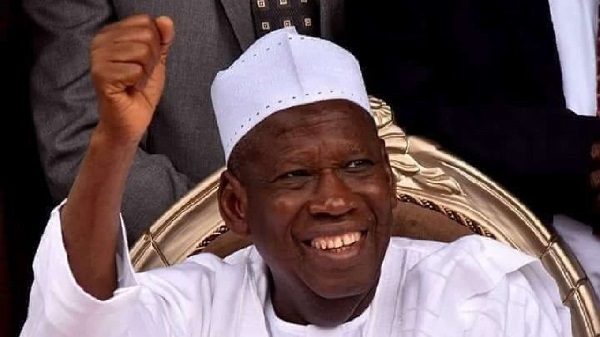 The Supreme Court has confirmed Governor Abdullahi Ganduje as the duly elected governor of Kano State in the 2019 general election.

The All Progressives Congress (APC) governor’s election victory was confirmed by the apex court on Monday.

The panel sacked the appeal by the Peoples Democratic Party (PDP) governorship candidate, Abba Yusuf challenging the victory of the March 2019 election.

Delivering the ruling, Justice Sylvester Ngwuta held that Yusuf was unable to give cogent reasons to warrant the apex court to set aside both the rulings of the Kano State Governorship Election Petition Tribunal and the Court of Appeal.

Both the tribunal and the Appeal Court had ruled in favour of Ganduje.