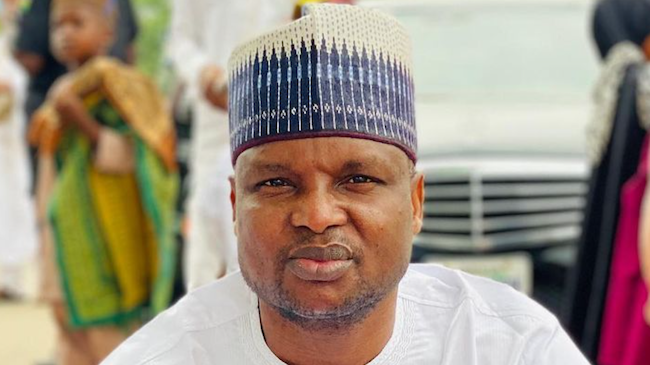 The suspended Deputy Commissioner of Police, Abba Kyari will know his fate on August 29, on an extradition suit that has been filed against him in court.

The federal government filed the suit in efforts to have Kyari extradited to the United States to face trial over alleged involvement with a notorious internet fraudster, Ramon Abbas, popularly known as Hushpuppi.

Suspended Deputy Commissioner of Police (DCP) Abba Kyari, will know his fate on his extradition case on August 29 after Justice Inyang Ekwo of the Federal High Court, Abuja, set the date for judgment on the proceedings

Justice Ekwo announced the date on Friday after Kyari’s lawyer, Nureini Jimoh (SAN), in his argument, faulted the extradition application filed by the Minister of Justice and Attorney General of the Federation (AGF), Abubakar Malami (SAN), praying the court to reject the order.

The lawyer representing the AGF, Pius Akutah, who presented a counter argument, insisted that the AGF had complied with all necessary requirements for an extradition process.

Akutah prayed the court to allow the application go through and order the AGF to surrender Kyari to the United States to face trial over his alleged involvement with notorious international internet fraud suspect, Abbas Ramon, also known as Hushpuppi, who was arrested last year.

At his arraignment on Thursday, Kyari had asked the court to stop his extradition to the United States, claiming that his arrest and detention had political undertones, racism and attempts to rubbish his meritorious service to the Nigerian Police Force.

The embattled DCP Kyari who is currently in prison custody after his arrest on drug related charges, had filed fresh processes before the court, alleging that the plan to send him to the US for prosecution was for the purpose of punishing him.

In a counter-affidavit deposed to by his younger brother, Mohammed Kyari, the suspended DCP maintained that all the allegations pending against him were not extraditable offences.

“I know as a fact that the specified offences are of a political character and were, in fact, made for the purpose of prosecuting and punishing the respondent on account of his race, nationality and was not made in good faith nor in the interest of justice,” the affidavit said.

“The request for the extradition is directed to undermine the crackdown on various crime gangs by the respondent in Nigeria and internationally and has political undertone.

“The request is also for purposes of persecuting or punishing the respondent on account of his defence for the country.

“The respondent is confronted with series of charges to break him down because of his achievements and various national honours.”

After hearing the submission of Kyari’s lawyers, Justice Ekwo had adjourned the matter till Friday to enable FG’s lawyer, Akutah, respond to Kyari’s preliminary objection against his planned extradition.

‘Even if one million Tucano jets are deployed, banditry will not end’ —Prof Usman, Ex-NIHS boss