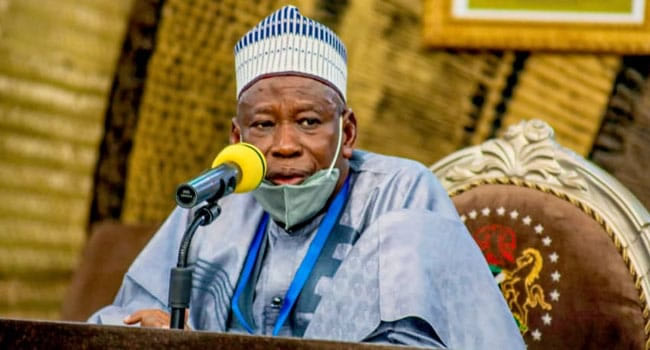 A court has sacked the executive of the All Progressives Congress (APC) in Kano produced by a faction loyal to Governor Abdullahi Ganduje.

The court however upheld the executive members produced from the congress held by the faction loyal to former governor of the state, Ibrahim Shekarau.

Delivering the ruling on Tuesday, the presiding judge of the Federal Capital Territory (FCT) High Court, Justice Hamza Muazu, granted all the reliefs by the Shekarau faction which sought for a declaration that Ganduje-led group failed to conduct congresses at both the ward and local government levels.

Apart from Shekarau, other applicants in the suit were an APC stalwart in the state, Muntaka Bala Sulyman, and 17, 980 members of the party, while the defendants were the APC as the first defendant, Chairman and Secretary of the party’s Caretaker Committee, Governor Mai Mala Buni of Yobe State and Sen. John Akpanudoedehe, who were listed as second and third defendants respectively, while the Independent National Electoral Commission (INEC) was listed as fourth defendant.

Not satisfied with the outcome of the congresses, Shekarau took the matter to court to determine the authentic faction of the party in the state.

In his ruling, Justice Muazu held that the Shekarau faction was the “duly, valid, proper, authentic and democratically elected and ought to be recognized by the defendants as the duly elected ward executive committee members for each of the 484 Wards in Kano State.”

The judge also ruled that the defendants should “adopt, recognize and rely on the summary result sheet for Ward Congress, elected delegates and State Delegates submitted at the 1st defendant’s office in the FCT, consisting of the plaintiffs’ names as the only valid and authentic delegates qualified to participate in the forthcoming primary elections.

The court also granted an order of perpetual injunction restraining the defendants from “receiving, accepting and or acting or purporting to act on, rely on or approving any other list or purported list emanating from other than the duly constituted Ward Congress Committee (WCC).”