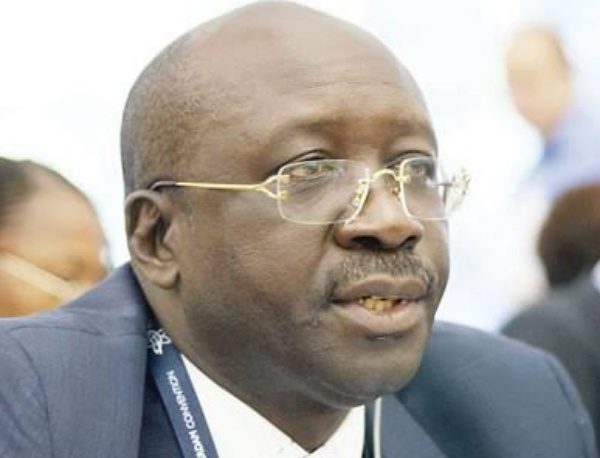 Former Senate President, Dr Iyorchia Ayu has emerged as consensus candidate for the position of national chairman of the Peoples Democratic Party (PDP).

This is coming ahead of the party’s national elective convention slated for October 31.

Ayu emerged as the consensus candidate after a series of meetings by PDP stakeholders in the northern region.

Ayu was chosen after two other contenders of the position; a former Governor of Katsina State, Ibrahim Shema and Senator Abdul Ningi were persuaded to step down.

Ripples Nigeria reported that Ayu had emerged as the consensus candidate of the party’s north-central zone, after a meeting on Tuesday.

Stakeholders and chieftains of the party in the North-East region, after a meeting in Abuja on the same day, also picked Senator Abdul Ningi, a former deputy senate majority leader currently serving as the senator representing Bauchi Central senatorial district, as the zone’s consensus candidate for the national chairmanship position.

Also, during the just-concluded North-West Expanded Caucus meeting of PDP chieftains on Wednesday, the former Governor of Katsina State, Ibrahim Shehu Shema emerged as the North-West’s consensus candidate for the post after he polled the majority, winning six out of the seven states in the zone.

A meeting of the northern leaders of the party to form a consensus ahead of the party’s forthcoming national convention, on Wednesday, had suffered a setback as some stakeholders of the party in the North reportedly shunned the meeting.

Following the development, the Chairman of the Convention Organising Committee and Governor of Adamawa State, Umaru Fintiri, announced that the meeting had been adjourned to today (Thursday), to give room for further consultations, after it became apparent that the plan by governors to present Ayu as a consensus candidate was in jeopardy.