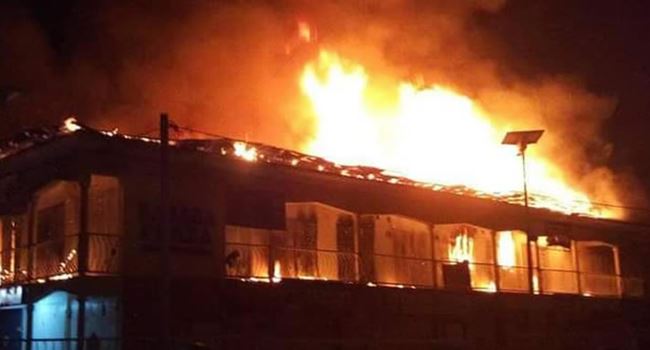 Several shops and goods have been gutted as a midnight fire razed the Timber market in the Marine Base axis of Port-Harcourt.

No fire fighters had arrived the scene of the inferno as the time of this report.

It was learnt that the midnight inferno, which started from the casket section, and shop owners and traders watched their shops and goods razed in the wild fire.

According to one of the victims, who identified himself as Chidi Ogbomma, who sells building materials said, “I was at home some minutes to 12midnight when I was called that there was fire at market.

“I don’t know where to start from,” Ogbomma lamented.

Related Topics:fireRivers timber market
Up Next

OPEC+ to flood market with oil, a move Nigeria needs against rising inflation