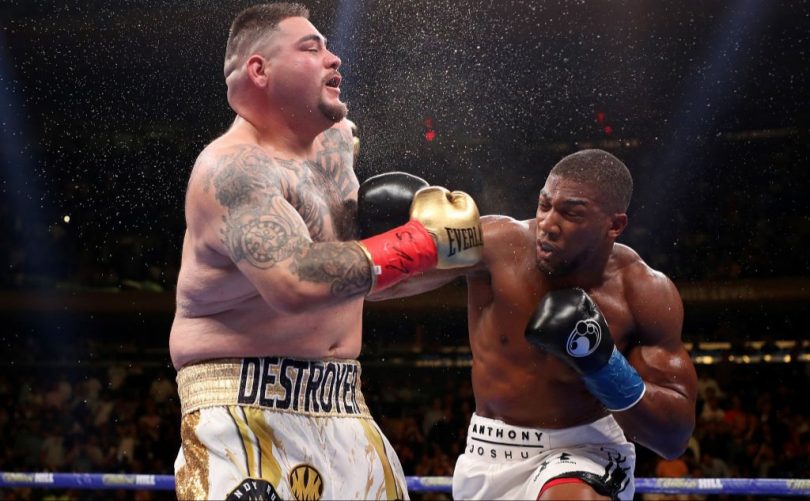 Anthony Joshua’s promoter, Eddie Hearn has revealed that the rematch between Joshua and his conqueror, Andy Ruiz Jr, will take place towards the end of 2019.

Hearn made the revelation in a Tweet on Tuesday evening, adding that the venue for the showdown will soon be made known.

After meetings with AJ, Rob Mc and the management team in NY, we have today triggered the contracted rematch clause with Andy Ruiz Jnr. The fight will take place in Nov/Dec at a venue to be confirmed shortly.

Read Also: Joshua vows to ‘get the belts back’ after defeat to Ruiz Jr

A rematch clause was part of the contract for the fight that saw Joshua fall to his first defeat in his professional career.

The 29-year old was floored four times as Ruiz defied his underdog status to win in seven rounds at Madison Square Garden.

After his defeat last Saturday, Joshua said, “I’m still a champ and I will rectify it to get the belts back.”