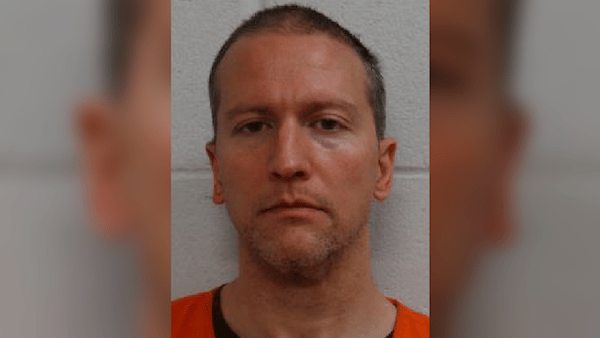 A judge has on Monday, set a $1.25 million or $1 million bail for ex-police officer, Derek Chauvin if he met certain conditions.

Chauvin who appeared before the Hennepin County Judge, Dennis Reilly from a Minneapolis maximum prison in Oak Park Heights, reportedly said almost nothing while his attorney, Eric Nelson did not contest the bail.

During the remotely conducted hearing which lasted for 11 minutes, the judge outlined conditions for a supervised release to include that he [Chauvin] could not leave the state without permission, must keep all court appointments and attend hearings.

Chauvin, together with the other three cops- J. Kueng, Thomas Lane and Tou Thao are scheduled to reappear in court on June 29.

The death of George Floyd, 46, who was filmed pleading to breathe in the custody of ex police officer, Derek Chauvin, has since sparked global outcry against social injustice and police brutality.