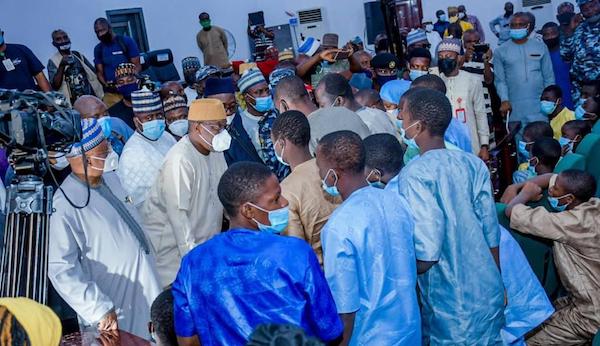 Governor Abubakar Sani Bello of Niger State on Saturday received the abducted students and staff of Government Science College, Kagara, at the State House, Minna, after they regained freedom from their kidnappers.

Bello, who claimed that no ransom was paid, said the a total number of 38 persons were released by the abductors by 4am Saturday.

One of the victims was reportedly rushed to the hospital having suffered from severe exhaustion.

The Governor announced that a medical team would monitor the released persons before they reunite with their families.

A few of the victims narrated how they were brutalized by their abductors and denied food.