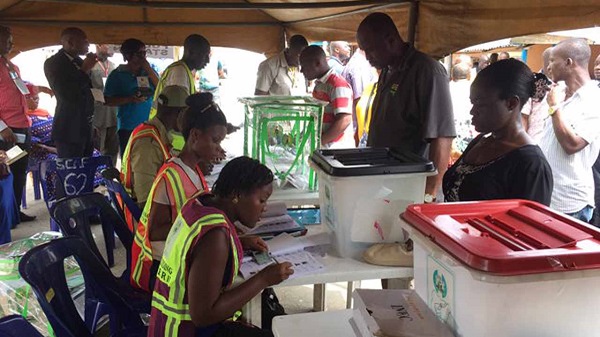 Professor Peter Ogban was on Thursday sentenced to three years imprisonment by a High Court in Akwa Ibom State.

The convict who was prosecuted by the Independent National Electoral Commission (INEC) is a professor of soil science, University of Calabar, and a returning officer in the 2019 general elections in Akwa Ibom North-West Senatorial District.

He was charged for manipulating the election results of two local government areas – Oruk Anam and Etim Ekpo.

In a previous court session, the university lecturer told the court how the election results was manipulated to give the All Progressives Congress (APC) an additional 5,000 fake votes in the Oruk Anam local government area. .

Godswill Akpabio, the Minister of Niger Delta Affairs, was the APC candidate in the election. He was seeking a return to the Senate, after he defected from the PDP.

Ogban had earlier pleaded not guilty to the charges and begged the judge, Augustine Odokwo for mercy before his sentence was pronounced.

Related Topics:#featuredelectionINECProf jailed
Up Next

NASS REPUBLIC: Playing hypocrisy with Abaribe’s bill. Two other stories, and a quote to remember