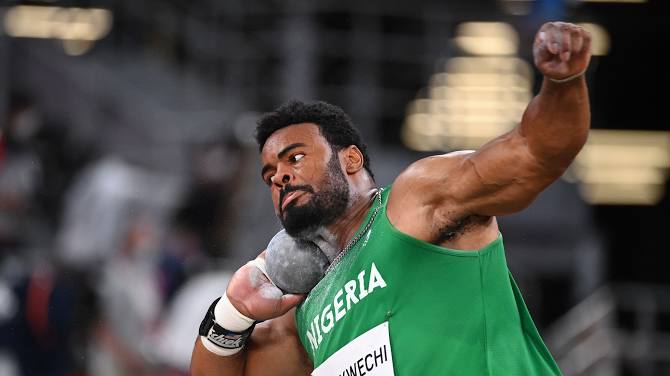 Team Nigeria have gotten another finalist at the ongoing Tokyo Olympic Games after Chukwuebuka Enekwechi scaled through to qualify in his sport.

The 28-year-old made it to the final of the men’s Shot Put event after he launched his implement to a mark of 21.16m on Tuesday afternoon.

His mark was enough to place him 4th in the race and to hand him one of the non-automatic qualifying spots for the final.

The 2018 Commonwealth Games Silver medallist and reigning African Champion in the shot put will now battle for a medal in the men’s final billed to hold on Thursday.

It has been a great Tuesday tor Team Nigeria at the rescheduled Games in the Japanese capital as the team have bagged two medals.

Ese Brume had opened the medal bag with a bronze after finishing third in the women’s Long Jump event before Blessing Oborodudu won a silver medal in the women’s 68kg wrestling.