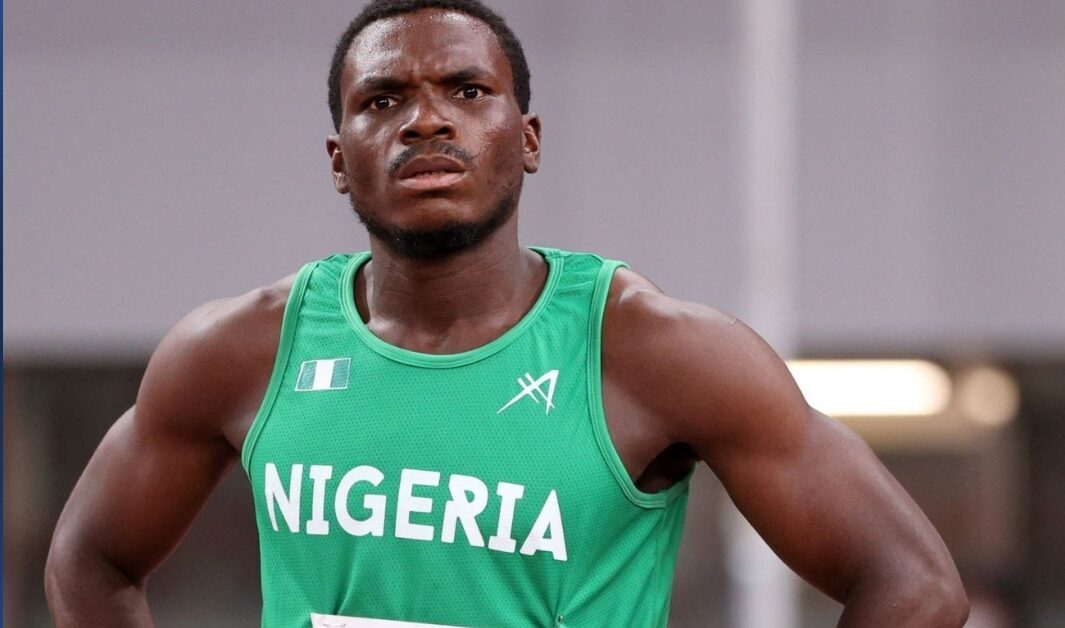 The 24-year-old, who had faced disqualification in the men’s 100m race for false start, failed reached the final of the 200m event on Tuesday afternoon.

Oduduru had reached the semifinal of the event earlier on Tuesday when he finished second in 20.36 seconds just behind Jamaica’s Rasheed Dwyer who won in 20.31 seconds.

But the Nigerian has now ran a time of 20.16 after a rather slow finishing in his heat, which was not enough to see him through to the final.

American Erriyon Knighton was the winner of the heat as he easily breezed past the field to win in a time of 20.02s.

Jamaica’s Rasheed Dwyer finished second just edges out Nigeria’s Oduduru to earn an automatic spot in the final in 20.13 seconds.

Oduduru, who had to wait until the other semifinal races were done to be sure of his place in the final, narrowly missed out by 0.06s to Jereem Richards who nicked the last spot.