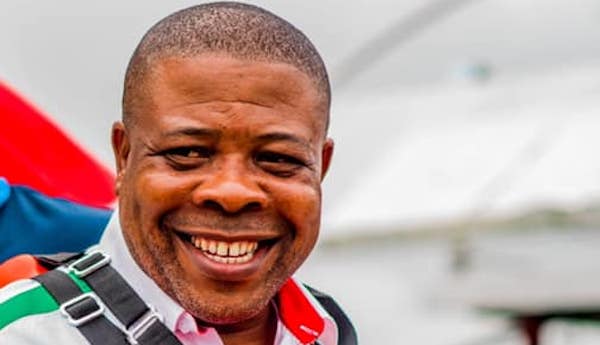 Nwosu, who is the son-in-law of former Governor Rochas Okorocha, withdrew his appeal against Ihedioha on Tuesday, while the Supreme Court was hearing appeals against the PDP governor.

Nwosu’s counsel had told the Justice Tanko Mohammed-led seven-man panel of the Supreme Court that he was withdrawing the appeal against Ihedioha on the ground of judgment of the apex court on December 20, 2019.

The Supreme Court had in a case marked SC. 1384/2019, which Nwosu made reference to, held that Nwosu emergence as AA candidate was illegal. It said he was the elected candidate of the All Progressives Congress (APC) and therefore lacked the locus standi to file any case in connection with the election as the candidate of AA.

Nwosu had won the APC governorship primary in Imo State but after the party leadership denied him the party ticket, he ran to AA and secured the party’s governorship candidate.

Announcing his withdrawal of appeal against Ihedioha on Tuesday, Nwosu’s counsel said, “Based on the judgment of this court in appeal SC. 1384/2019 delivered on December 20, 2019, and subsequently, on my advice to my client, we have decided to withdraw this appeal.”

Counsels for the respondents prayed the court to sack the appeal having been withdrawn.

The seven-man panel unanimously dismissed the appeal as prayed.