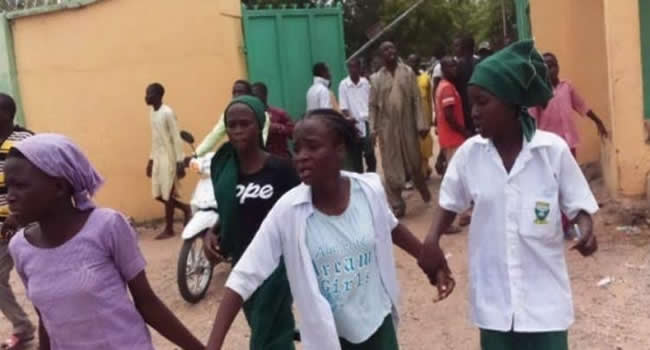 One of the students, who were abducted from the Federal Government College Birnin Yauri in Kebbi State on Thursday has been reported dead, however, five others, comprising four students and a teacher have been rescued by the Joint Taskforce Component of Operation Hadari Daji.

This was disclosed on Friday in Zamfara, by the Deputy Force Commander of the Joint Taskforce in the North-West Zone, Air Commodore Abubakar AbdulKadir.

He explained that the troops came in contact with the bandits in the early hours of Friday and engaged them in a gun duel, which forced them to abandon five of the students and a teacher.

He noted that one of the students whose identity was not revealed later died, although he didn’t state how it happened.

“In the early hours of this morning, we have come across the kidnappers. They came to our blocking point, and we engaged them.

The Deputy Force Commander also disclosed that the troops recovered 155 rustled animals at the Jageme area in Magami District of Gusau Local Government Area of Zamfara State after they got credible intelligence about the rustled animals and troops laid an ambush leading to their recovery.

AbdulKadir said troops have been trailing the rustled animals for about five days before they were recovered on Thursday night, while the animals, found in about 12 trucks, were already sold to some persons at Yartasha Market in Magami District.

According to him, investigations are ongoing to apprehend other buyers and sellers of the rustled animals.