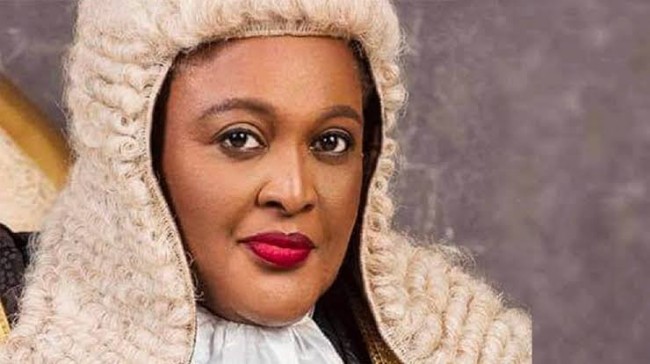 The police on Thursday announced that 14 people had been arrested for their roles in the invasion of the Abuja home of a justice of the Supreme Court, Mary Odili recently.

Among the suspects were a fake Chief Superintendent of Police, Lawrence Ajodo; a contributing editor with one of the national dailies, Stanley Nkwazema, and an Islamic scholar.

During the parade, Mba, said the suspects were arrested after a swift investigation by the Force adding that at least ten more suspects associated with the siege including two military personnel are still at large.

The president of the NBA, Olumide Akpata described the siege as an assault on the judiciary, and tasked the Federal Government to set up a panel to probe the incident.

Also, Governor of Rivers State Nyesom Wike had given the Federal Government a 48-hour ultimatum to get the perpetrators while describing the incident as an assassination attempt.