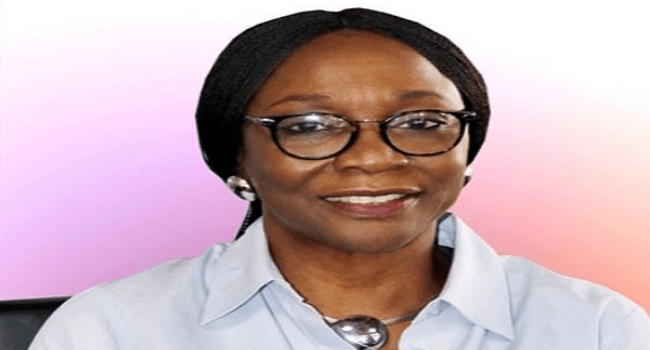 Ogunsola, Deputy Vice-Chancellor (Development Services) was elected by the Senate of the institution.

The election which took place during the emergency meeting of the school Senate on Monday saw Ogunsola gather 135 votes out of 167 votes cast during the exercise.

Professor Ben Ogbojafor, who was her closest contestant, got 31 votes.

Ogunsola’s victory is remarkable as she became the first female to be appointed as an acting VC of UNILAG since it was founded in 1962.

Due to the crisis that recently ensued between the school’s Pro-Chancellor and chairman of Council, Wale Babalakin, and Vice-Chancellor, Professor Oluwatoyin Ogundipe, the federal government directed the Senate to reconvene and nominate an acting VC for the school.

It also directed that both Babalakin and Ogundipe should recuse themselves from official duties, pending the outcome of the Special Visitation Panel set up by President Muhammadu Buhari to probe the recent crisis in the institute.

Meanwhile, the 62-year-old new acting VC of UNILAG, was also the first female provost of the institute’s College of Medicine.

She is a Professor of Clinical Microbiology.

FRAUD: I can’t refund what I didn’t steal —Ize-Iyamu