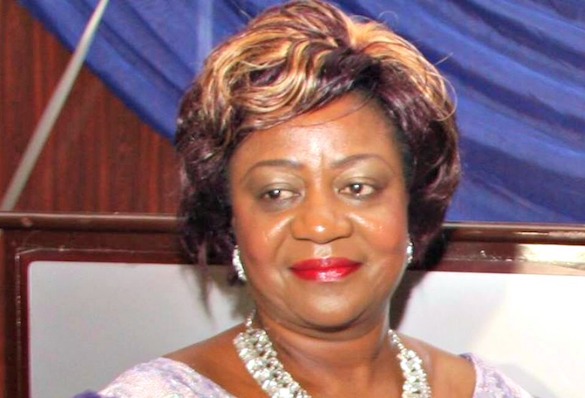 The Senate Committee on Independent National Electoral Commission (INEC) has rejected the nomination of President Muhammadu Buhari’s Social Media aide, Lauretta Onochie, as a Commissioner for the Commission.

During plenary on Tuesday, the Senate knocked out Onochie’s nomination as well as that of Professor Sani Mohammed Adam till further legislative action.

Onochie’s rejection which was announced by the Committee Chairman, Senator Kabiru Gaya (APC, Kano) followed an investigative report by a panel set up after a series of outcry by many Nigerians on her partisanship and being a card carrying member of the ruling All Progressives Congress (APC).

The panel had recommended Onochie’s disqualification as INEC National Commissioner because her nomination is in “violation of Section 14 (3) of the 1999 Constitution on the Principle of Federal Character.”

The committee added that there is currently a serving commissioner from Delta state, where Onochie hails from and as such, her nomination could not stand.

Onochie has been under fire since Buhari sent her name to the Senate for confirmation as an INEC Commissioner due to her perceived bias, with the reasoning that she would do everything to make sure her party comes out as winners in any election.

When she first appeared before the Senate last Thursday, Onochie had denied being a member of the APC after she was made a presidential aide in 2019.

However, an affidavit she swore to in June 2021, proved she was still a card carrying member of the party and her rejection has put paid to Buhari’s ambition of foisting her on Nigerians.