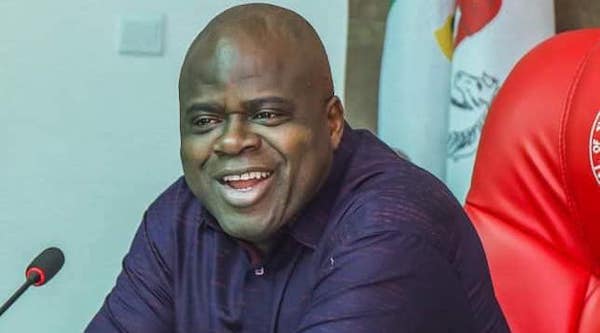 The Supreme Court on Wednesday affirmed the election of Douye Diri as the governor of Bayelsa State when it dismissed the appeal against his deputy, Lawrence Ewhrudjakpo.

Different political parties had filed six appeals to challenge Diri’s emergence as the governor of Bayelsa State, including the appeal filed by the governorship candidate of the Accord Party in the November 2019, election, Ebizimo Diriyai, alleging the deputy governor forged his certificate.

However, on Wednesday, a seven-man panel of the Supreme Court affirmed Diri as the duly elected governor of the state.

The apex court, in a unanimous ruling delivered by Justice Sylvester Ngwuta, sacked the six appeals against Diri and his deputy.

The Supreme Court said the appeals were sacked because the lawyers of the appellants withdrew them.

The All Progressives Congress (APC) had won the November 2019 governorship election in Bayelsa.

But the party and its candidate, David Lyon, were later disqualified from the election and Diri of the Peoples Democratic Party (PDP), who came second during the election, was declared winner of the poll.