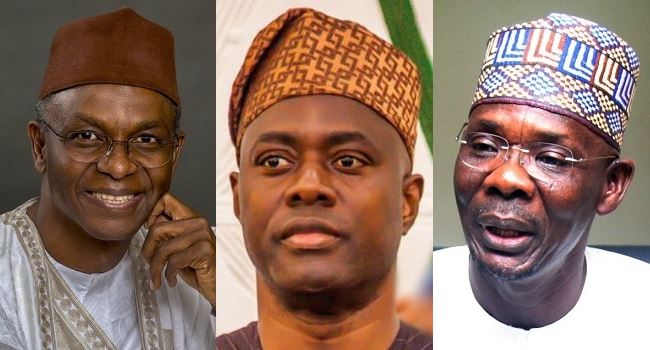 The Supreme Court on Wednesday affirmed the elections of Governors Seyi Makinde of Oyo State and his Kaduna State counterpart, Nasir El-Rufai.

In the case of the Oyo State election, the apex court in a unanimous judgment found merit in the appeal filed by Governor Makinde that the majority judgment of the Appeal Court was a miscarriage of justice.

The court affirmed the majority judgment of the state governorship election tribunal which had earlier ruled that Makinde was duly elected as governor of Oyo State.

The judgment also applied to the remaining three appeals emanating from the election.

The apex court, in a unanimous ruling delivered by Justice Centus Nweze, dismissed the appeal filed by the Peoples Democratic Party (PDP) candidate in election, Isa Ashiru, challenging the election, for lack of merit.

On the Nasarawa election, a seven-man panel of the Supreme Court led by Justice Mary Peter-Odili dismissed the appeal filed by David Ombugadu and PDP against Governor Abdullahi Sule’s victory in the election.